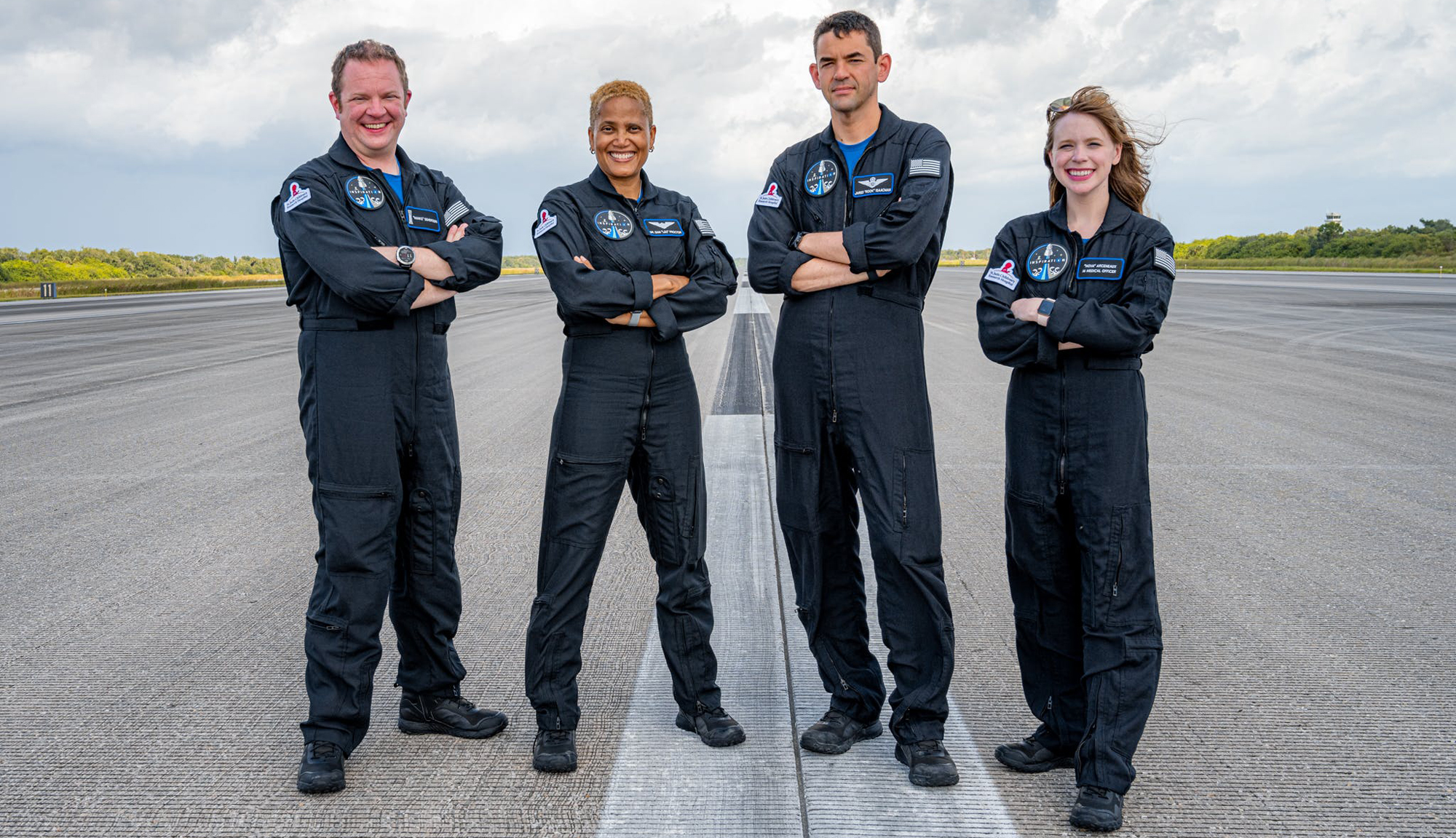 The three-day mission will now launch from the NASA Kennedy Space Center in Cape Canaveral, Florida no earlier than 8 p.m. EDT Wednesday, Sept. 15 (1200 GMT Thursday, Sept. 16) due to a combination of weather conditions and technical requirements, Inspiration4 said Friday (Sept. 10) in a mission update.

Inspiration4 is a private mission to Earth orbit purchased by Jared Isaacman, the billionaire founder of Shift4 Payments. He’ll be joined on the flight by Hayley Arceneaux, Sian Proctor and Chris Sembroski.

Mission managers met Thursday (Sept. 9) to perform a standard flight readiness review before flight, along with receiving an initial weather briefing. The decision was made after looking at weather conditions at the launch site, ascent area and landing sites along with “the readiness of the Falcon 9 rocket, Dragon spacecraft, associated ground systems, recovery assets and other key elements of SpaceX’s human spaceflight system,” the update stated.

The new date, the update added, “will allow additional time for final preparations, vehicle checkouts and data reviews. SpaceX and Inspiration4 will narrow down the launch window to five hours approximately three days before liftoff.”

There are a few other milestones that must be met before the crew of four rocket to Earth orbit. The Inspiration4 release indicated that more work on the Crew Dragon spacecraft, which is still a fairly new vehicle after its first crewed flight in 2020, is forthcoming. The spacecraft was successfully mated with its Falcon 9 rocket and is now expected to have “an integrated static fire test targeted for this weekend,” ahead of the launch.

The Crew Dragon being used is a vehicle named “Resilience,” which also flew on SpaceX’s Crew-1 mission to the International Space Station for NASA. Resilience will make a solo journey this time, flying higher than the ISS this time before splashing down in the Pacific Ocean. The all-civilian crew has had six months of training since the names were announced in March.