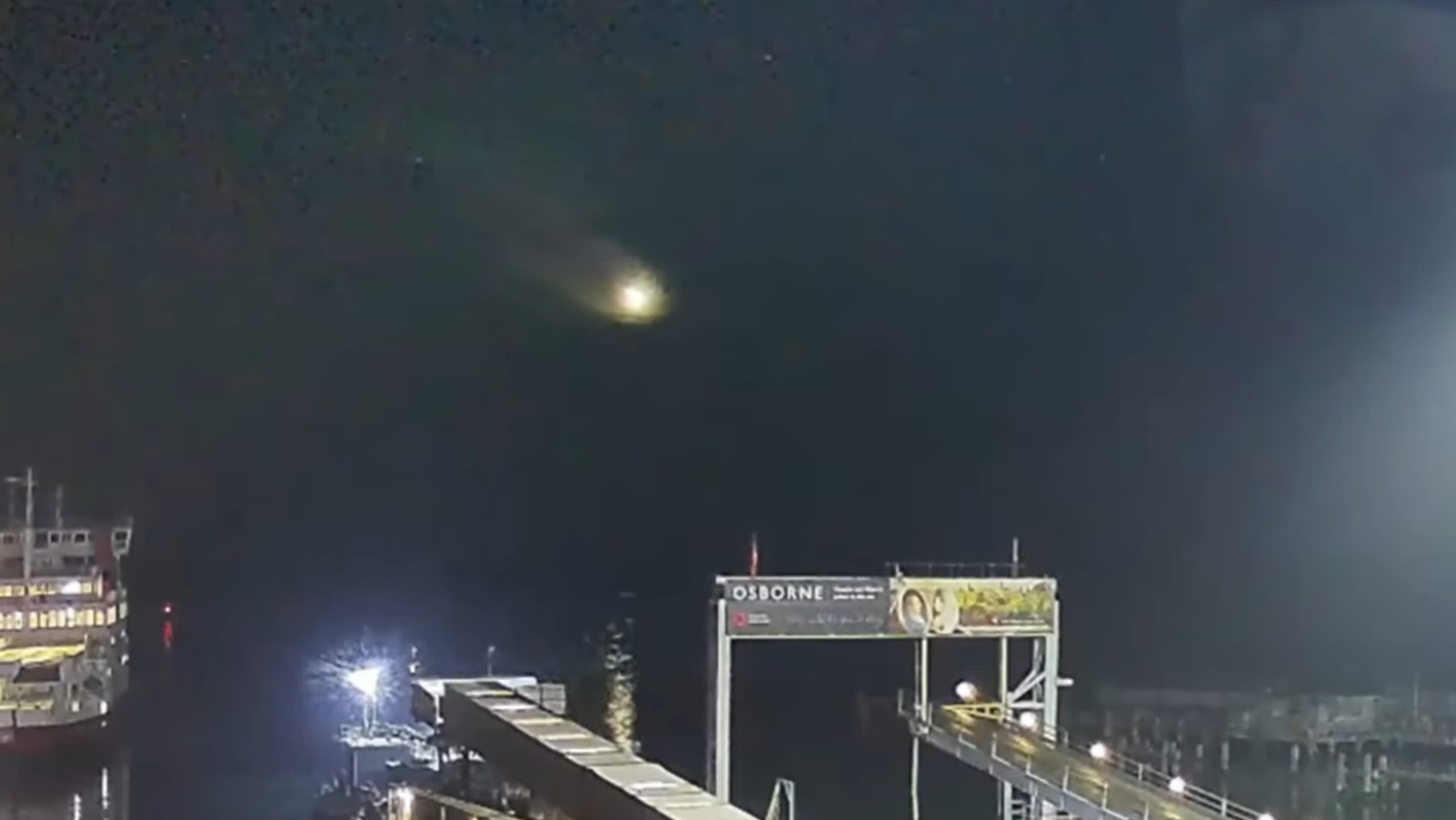 A meteor was caught on camera lighting up the night sky over the southern coast of England on Sunday (Sept. 5).

In the video, viewers can see a bright, fireball-like object shooting across the sky over the Red Funnel Ferry Terminal in Southampton.

The footage was taken Sunday night around 10:45 p.m. BST (0945 GMT, or 5:45 p.m. EDT) and uploaded to Solent Ships YouTube channel – a channel that normally releases content about boats and ships off the coast of Southampton, England. Footage of the meteor was also captured by Hampshire Road Policing Unit and posted on their Twitter.

Writing on their YouTube page, Solent Ships reported the meteor is believed to have landed in Morgat, Brittany.