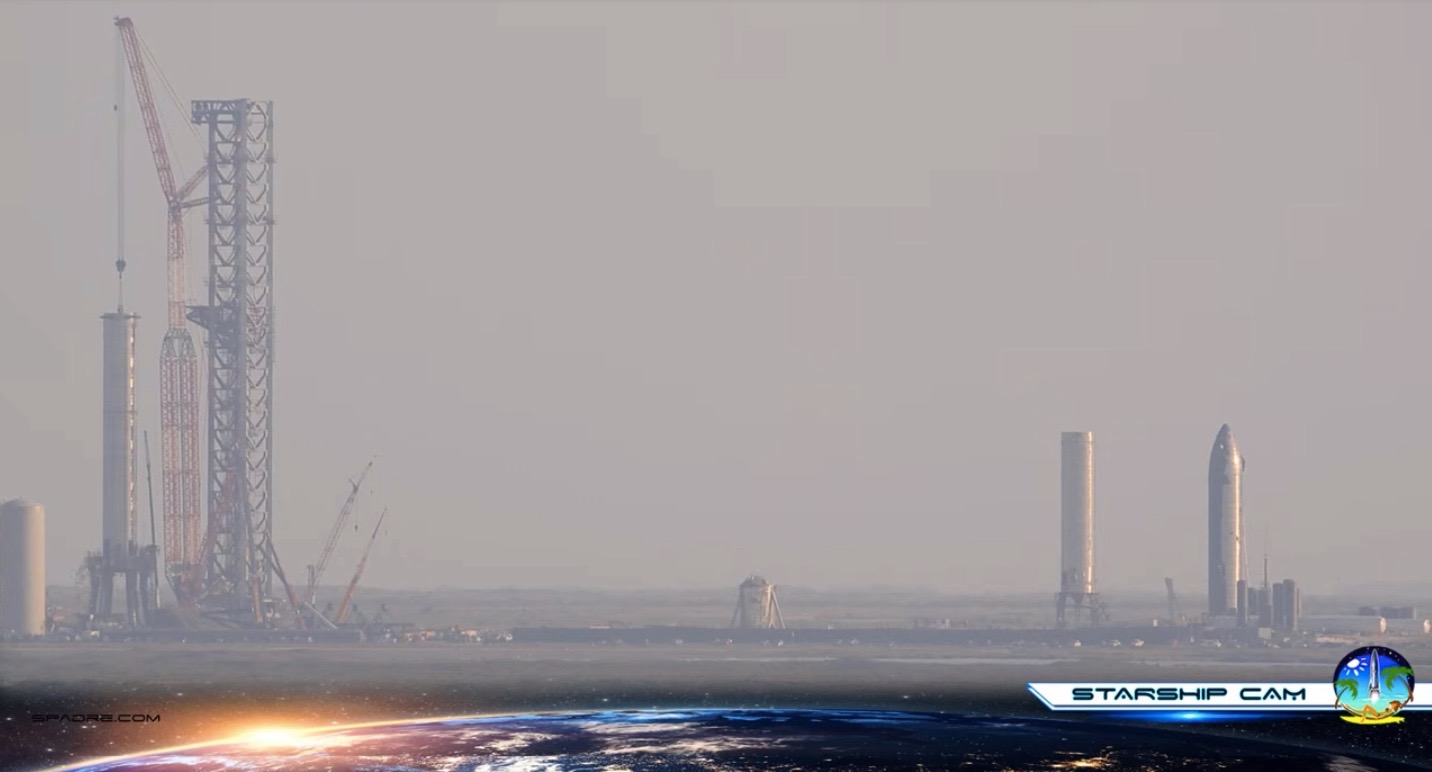 SpaceX’s first true Super Heavy rocket is back on the launch stand.

Technicians lifted the 29-engine Super Heavy vehicle known as Booster 4 onto the orbital launch mount at SpaceX’s Starbase site in South Texas on Wednesday (Sept. 8), photos by observers in the area show.

The move came just over a month after the 230-foot-tall (70 meters) Booster 4 was first hoisted onto the pad, then topped with a prototype spacecraft called SN20 (short for “Serial No. 20”) in the first-ever stacking of a full-size Starship vehicle. The duo was quickly de-stacked, however, so that further work could be performed on both elements.

Starship is the transportation system that SpaceX is developing to take people and cargo to the moon, Mars and other deep-space destinations. Both Super Heavy and the 165-foot-tall (50 m) upper stage — which is, somewhat confusingly, also called Starship — are designed to be fully and rapidly reusable.

SpaceX has conducted a number of 6.2-mile-high (10 kilometers) test flights with Starship prototypes, including an end-to-end successful jaunt this past May by the SN15 vehicle. No Super Heavy has gotten off the ground yet, and SpaceX is grooming Booster 4 to be the first.

Booster 4 and SN20 will conduct the Starship program’s first-ever orbital test flight, if all goes according to plan. Booster 4 will splash down in the Gulf of Mexico shortly after liftoff, and SN20 will power itself to orbit, circling our planet once before splashing down in the Pacific Ocean near the Hawaiian island of Kauai.

Wednesday’s Booster 4 move could presage a series of trials intended to pave the way for that test flight. But it’s unclear when Booster 4 and SN20 will be able to get off the ground, no matter how well the various prelaunch trials may go. The U.S. Federal Aviation Administration is conducting an environmental assessment of Starship’s launch operations, and the end date of that review is unknown.