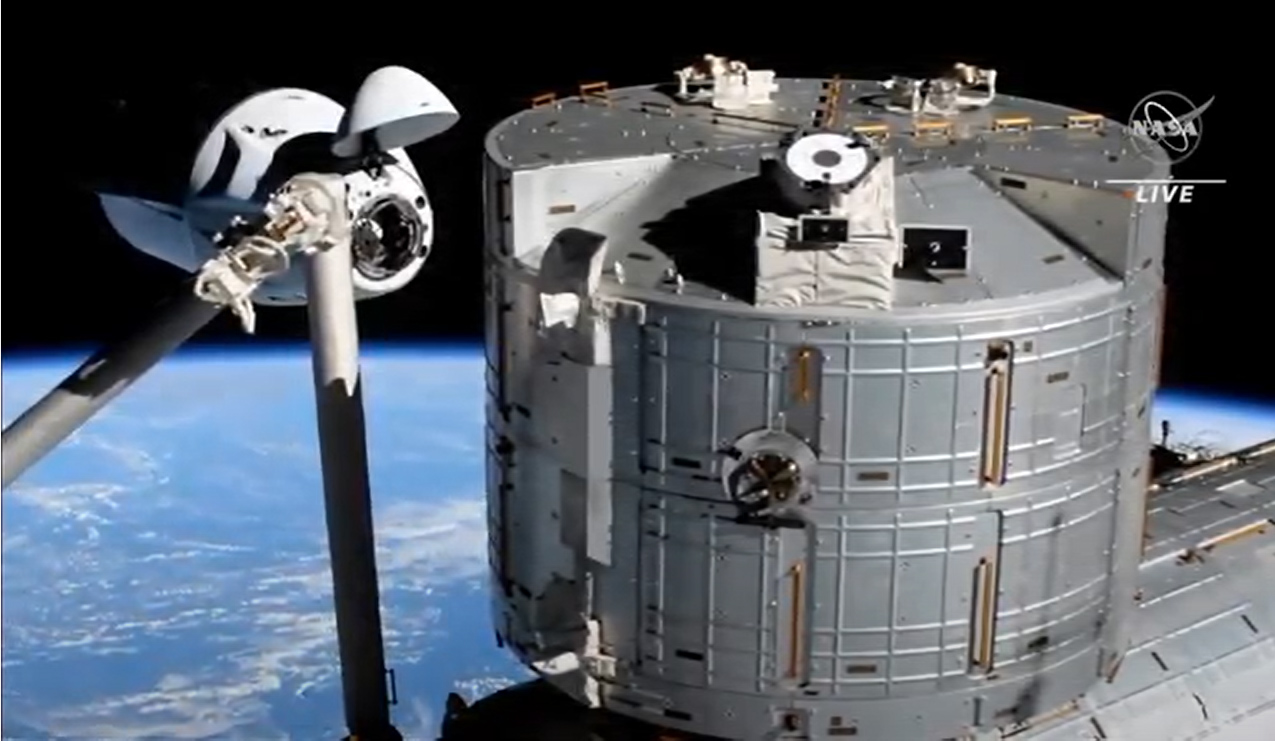 Here’s something to make the next Tax Day a little more bearable.

SpaceX and NASA are targeting April 15, 2022, for the launch of the Crew-4 mission to the International Space Station, agency officials announced yesterday (Sept. 7). If all goes according to plan, a SpaceX Crew Dragon capsule will launch that day atop a Falcon 9 rocket from NASA’s Kennedy Space Center (KSC) in Florida.

The Crew Dragon will be carrying NASA astronauts Kjell Lindgren and Robert Hines and the European Space Agency’s Samantha Cristoforetti, as well as a fourth crewmember who has not yet been named.

Related: SpaceX’s next astronaut launch for NASA delayed a week by ‘visiting traffic’ at space station

As its name suggests, Crew-4 will be the fourth contracted space station mission with astronauts that SpaceX flies for NASA. The first of these six-month stints, Crew-1, is in the books; it launched in November 2020 and returned to Earth this past May. Crew-2 launched in April and is scheduled to wrap up in early November. SpaceX and NASA are targeting Oct. 31 for Crew-3’s liftoff.

(SpaceX also launched two NASA astronauts to the space station in May 2020. That two-month test mission, known as Demo-2, was SpaceX’s first-ever crewed spaceflight, and its success paved the way for operational missions.)

SpaceX has another crewed mission on the docket before Crew-3 — the private Inspiration4 flight, which is scheduled to launch from KSC on Sept. 15. Inspiration4 will send Jared Isaacman, Hayley Arceneaux, Sian Proctor and Christopher Sembroski into orbit on a Crew Dragon, which will circle Earth solo for three days, then come back down for a parachute-aided splashdown in the Atlantic Ocean.