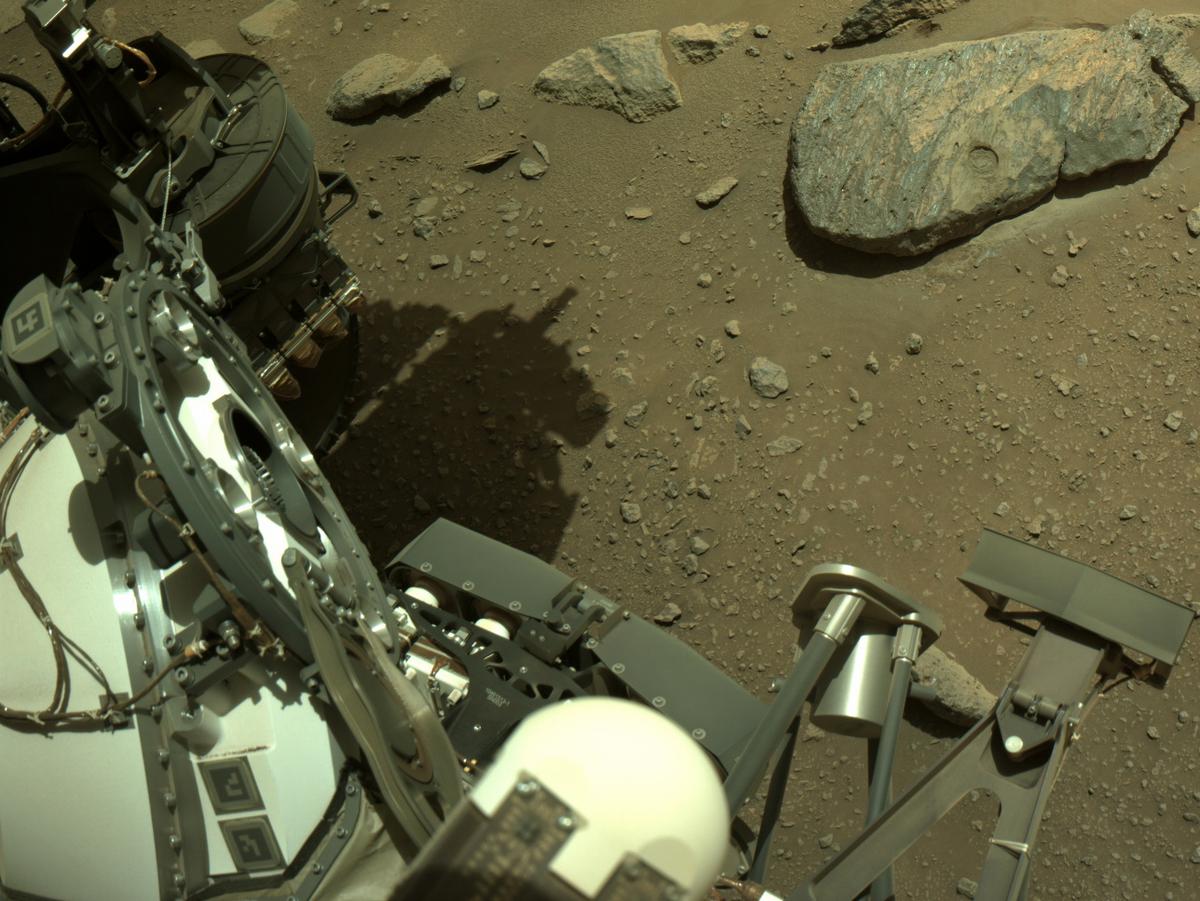 NASA’s Perseverance rover is on track to collect its first-ever Mars sample in the next few days.

Perseverance recently abraded away the top 0.4 inches (1 centimeter) of a Red Planet rock dubbed “Rochette,” opening a window into the stone’s subsurface. This work was part of a detailed assessment of Rochette, which apparently has now passed muster as a drilling and sampling target.

Next step: drilling. I’ve checked out my new target rock from all different angles, and I’m ready to try again for my first core sample. #SamplingMars https://t.co/fFOqkM5Lsj pic.twitter.com/FbxmO6VUy2August 31, 2021

Perseverance landed on the floor of Mars’ 28-mile-wide (45 kilometers) Jezero Crater on Feb. 18, tasked with hunting for signs of ancient Mars life and collecting dozens of samples for future return to Earth. The car-sized rover tried to sock away its first drilled sample on Aug. 6, but the target rock proved to be surprisingly crumbly, breaking into bits that didn’t make it into the sampling tube.

Perseverance then drove about 1,493 feet (455 meters) away to a new spot, a rocky ridge dubbed “Citadelle” (French for “castle”). Mission team members soon identified Rochette as a potentially promising target and kicked off the “sampling sol path.”

“A ‘sol’ is a Martian day, so ‘sol path’ refers to the rover’s activities over the course of a few sols,” Rachel Kronyak, a systems engineer at NASA’s Jet Propulsion Laboratory in Southern California, which manages Perseverance’s mission, explained in an update Tuesday. (A day on Mars lasts 39 minutes longer than one on Earth.)

“In the case of the sampling sol path, we’re referring to all of the activities related to a sampling event, a process that takes over a week to complete on Mars,” she wrote. “We’re well on our way towards sampling, and if all goes well over the next few sols, we’ll proceed with sample coring. Go Perseverance!”

The rover’s sampling system is designed to collect relatively intact cylindrical rock cores that are 0.5 inches wide by 2.4 inches long (1.3 by 6 cm). These cores are bored by the drill at the end of Perseverance’s 7-foot-long (2.1 m) robotic arm. (Perseverance will also collect some loose rocky material from the Martian surface, but that’s not what it was trying to do on Aug. 6, and not what it will do with Rochette in the next few days.)

The samples snared by Perseverance will be brought to Earth by a joint NASA-European Space Agency campaign, perhaps as early as 2031. They will then be analyzed in great detail by scientists around the world, who will scour them for signs of past Mars life and clues about the planet’s geological and climate history, among other things.