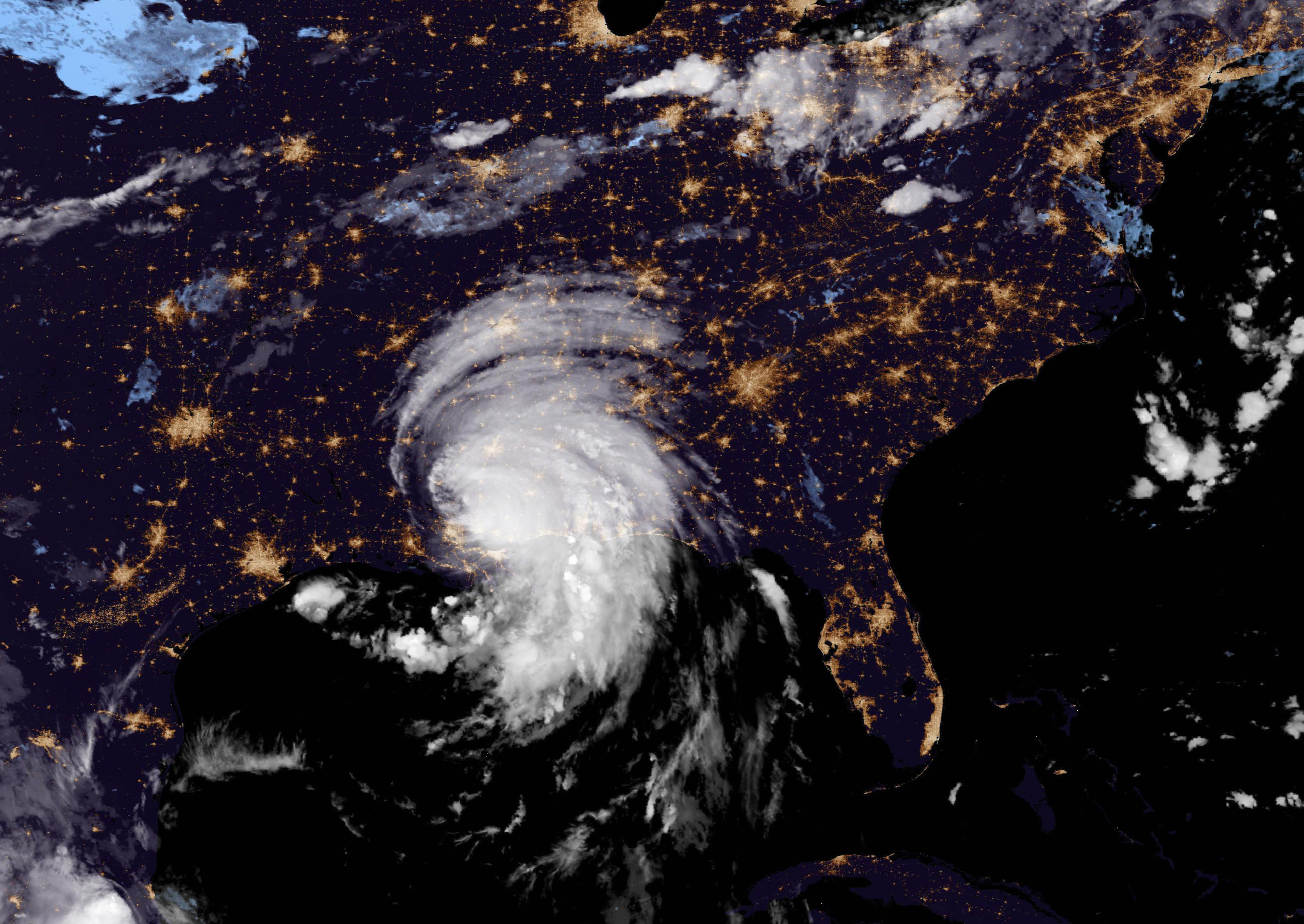 Powerful eyes in the sky watched the menacing maelstrom that is now Tropical Storm Ida churn through the southern United States, even at night.

The GOES-East satellite, which is operated by NASA and the U.S. National Oceanic and Atmospheric Administration (NOAA), captured Ida’s northward push through Louisiana, Mississippi and Alabama in the wee hours of Monday morning (Aug. 30).

Ida made landfall Sunday (Aug. 29) as a Category 4 hurricane and weakened to a tropical storm on Monday, the day that GOES-East got this shot. But the tempest was still big and powerful as it moved over terra firma, enveloping much of the Gulf Coast region, as the photo shows.

​​Hurricane Ida from space: Photos from astronauts and satellites

The @NOAA /NASA #SuomiNPP 🛰️ captured the extent of the power outages across eastern Louisiana after Hurricane #Ida. Imagery from this morning is compared to August 9, and shows a significant drop in nighttime lights around New Orleans, Baton Rouge, Slidell, and Hammond, LA. pic.twitter.com/8c8k7TvVRBAugust 31, 2021

Ida has left in its wake a trail of destruction, the extent of which is still being assessed. The storm is confirmed to have killed two people, for example, but that death toll is expected to rise. And more than 1 million people remained without electricity as of Tuesday (Aug. 31), “including much of New Orleans,” The New York Times reported.

That power outage is on dramatic display in imagery captured by another Earth-observing satellite, the Suomi National Polar-orbiting Partnership. Suomi NPP, a joint effort of NOAA, NASA and the U.S. Department of Defense, captured before-and-after imagery showing how Ida’s winds and flooding have darkened the Gulf Coast region.

“Imagery from this morning is compared to August 9, and shows a significant drop in nighttime lights around New Orleans, Baton Rouge, Slidell and Hammond, LA,” NOAA representatives said on Tuesday via the agency’s Twitter account, where they posted the imagery.

“As #Ida moves inland, heavy rainfall and flooding impacts are expected to spread across the Tennessee and Ohio Valleys, the central and southern Appalachians, and Mid-Atlantic through Wednesday,” the U.S. National Hurricane Center tweeted on Monday.