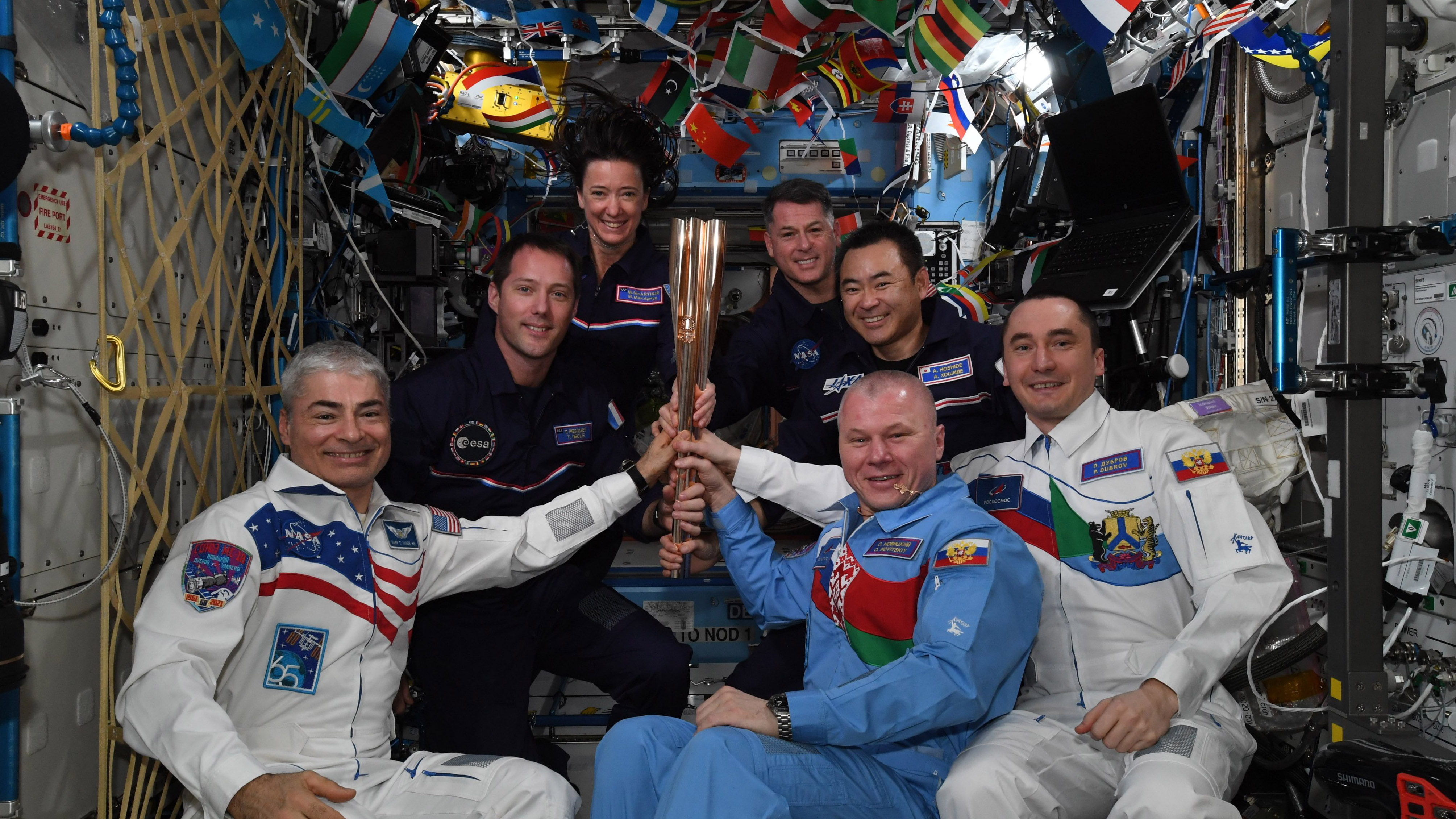 As the Paralympic Games kicked off in Tokyo this week, astronauts at the International Space Station celebrated the quadrennial sporting event in space.

On the opening day of the Tokyo Paralympic Games on Tuesday (Aug. 24), Russian cosmonaut Oleg Novitskiy posted a photo on Twitter showing the current seven occupants of the International Space Station (ISS) posing with a “torch” inside one of the station’s modules under a ceiling decorated with national flags.

The torch, which appears golden in the image, of course, is not burning.

“The torch itself is a bundle of five tubes in the form of sakura petals with gold trim,” Novitskiy said in the Tweet. “The ISS-65 Expedition crew wishes all the participants good luck!”

Related: Watch astronauts hold their own Summer Olympics in space with zero-g synchronized swimming and more

The 2020 Summer Paralympic Games, postponed from last year due to the ongoing COVID-19 pandemic, officially kicked off Tuesday (Aug 24) and will close on Sept. 5. About 4,400 athletes with various types of disabilities representing 162 nations will participate in the games.

While astronaut candidates have traditionally been required to be fully able-bodied people, the space station might soon welcome its first “parastronaut.” Earlier this year, the European Space Agency (ESA) invited qualified experts with certain types of disabilities to apply for a special astronaut feasibility study. The agency launched the call for astronauts with disabilities together with its current astronaut recruitment round in February.

Split into two teams based on the vehicle that took them to the space station — the Soyuz MS-18 and Dragon Crew 2 — the seven astronauts competed in several unique microgravity disciplines. In a video that has since gone viral, the teams performed competitive routines in synchronized space “swimming,” complete with weightless tumbling and flipping. The crew members also competed in individual events, including no-floor gymnastics, and the game of “no-hand ball,” which required them to pass a ping pong ball through a hatch only by blowing at it. In space sharpshooting, the sportsmen were trying to hit a target with a rubber band.

The crew later held an Olympic closing ceremony during which Japanese astronaut Akihiko Hoshide passed the torch to France’s Thomas Pesquet. The next Olympic Games will be held in France’s capital Paris in 2024.