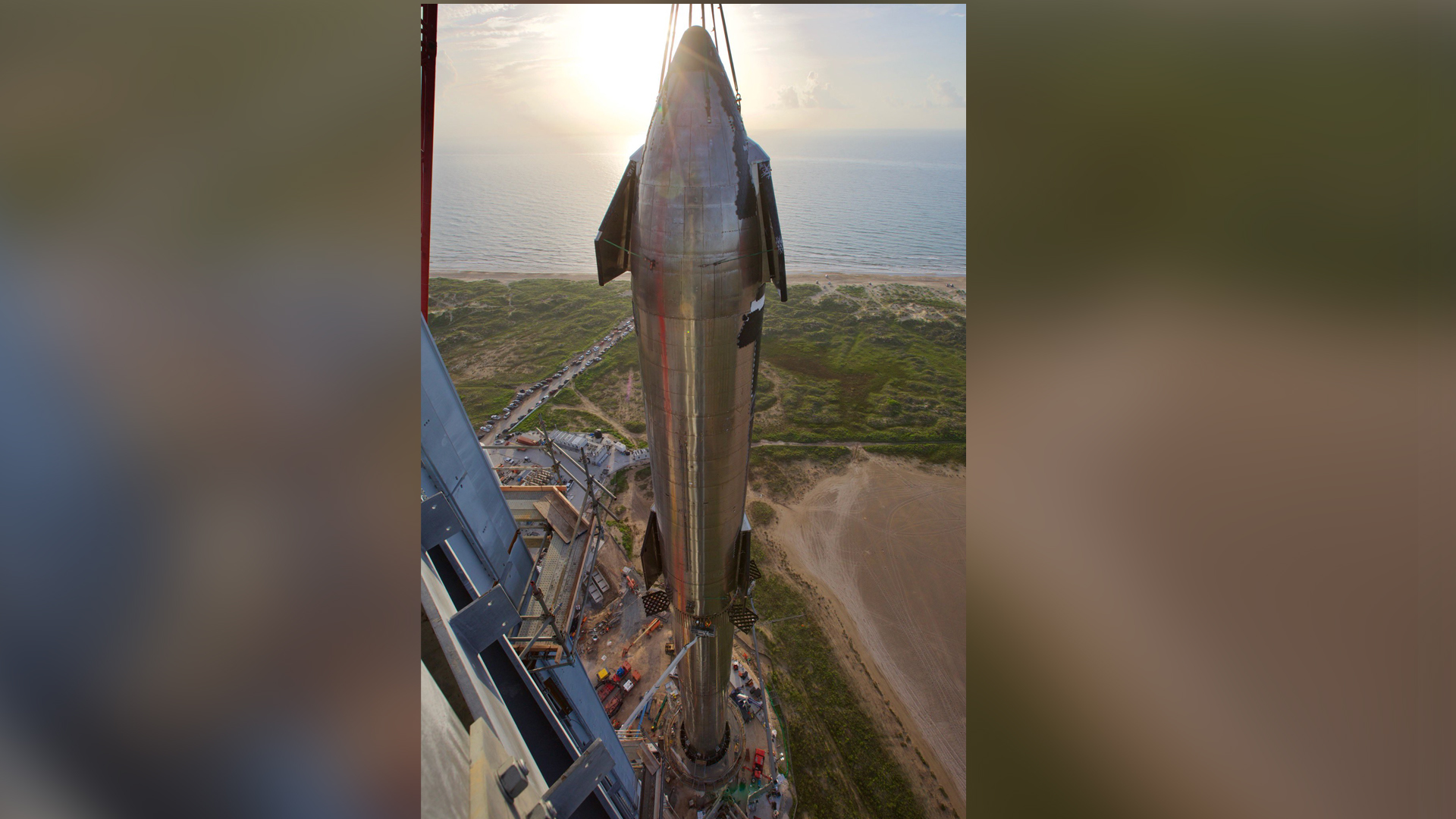 SpaceX CEO Elon Musk says he may be able to launch the  company’s massive new Starship to the moon for NASA “probably sooner” than the space agency’s 2024 target even in the face of contract and other delays.

Starship was selected as NASA’s lander of choice for the Artemis human landing system (HLS) in April, but two situations held up the contract in the months since.

First there were protests by competitors Blue Origin and Dynetics, in part expressing concern about NASA’s decision to select one provider instead of two (the companies cited lesser budgetary funds available for HLS as a probable cause).

Related: See the evolution of SpaceX’s rockets in pictures

After the Government Accountability Office confirmed NASA’s choice of SpaceX in a detailed decision published earlier this month, Blue Origin filed a lawsuit. This means that the work is again paused on HLS until at least November.

NASA administrator Bill Nelson told SpaceNews Monday (Aug. 23) he anticipates “further delay” to the agency’s plans for Artemis, which since 2019 (before Nelson’s tenure) has targeted a 2024 moon-landing.

Musk, who is known for his optimistic timelines, made the the earlier-than-2024 comment on Twitter in response to a question from the Everything Artemis unofficial Twitter account, asking if he could make the 2024 deadline. Musk’s response: “Probably sooner.”

The account also cited an Aug. 14 report from CNBC space reporter Michael Sheetz that SpaceX received $300 million from NASA on July 30, after the GAO denied the protests to its competitors.

But that’s not the only timing obstacle SpaceX faces.

Video: Every SpaceX Starship explosion and what Elon Musk learned from them

Earlier this month, the Office of the Inspector General cited a 20-month delay to Artemis lunar surface spacesuit development that, according to the office, made a 2024 moon-landing “not feasible.”

SpaceNews also asked Nelson about whether the 2024 human return to the moon was “off the table”, to which Nelson responded: “I can’t answer your question whether or not, because of delays on the spacesuit or what I just went through about the appropriations and with regard to the legal postures. I don’t know.”

And SpaceX has its own development timeline to consider, too. Starship is a prototype that has not yet flown an orbital mission. While SpaceX wanted to get that done in July and the system has been stacked on the pad once already as part of a test, the company has been awaiting the outcome of a program environmental assessment from the Federal Aviation Administration. A typical timeline on that is months, according to media reports.

Other considerations for the 2024 deadline include Congressional funding for HLS, which has so far not been to the agency’s requests; the launch of the untested Space Launch System moon rocket that could be in late 2021; and the ongoing pandemic and spread of the COVID-19 Delta variant, which could induce fresh U.S. slowdowns in the coming weeks.