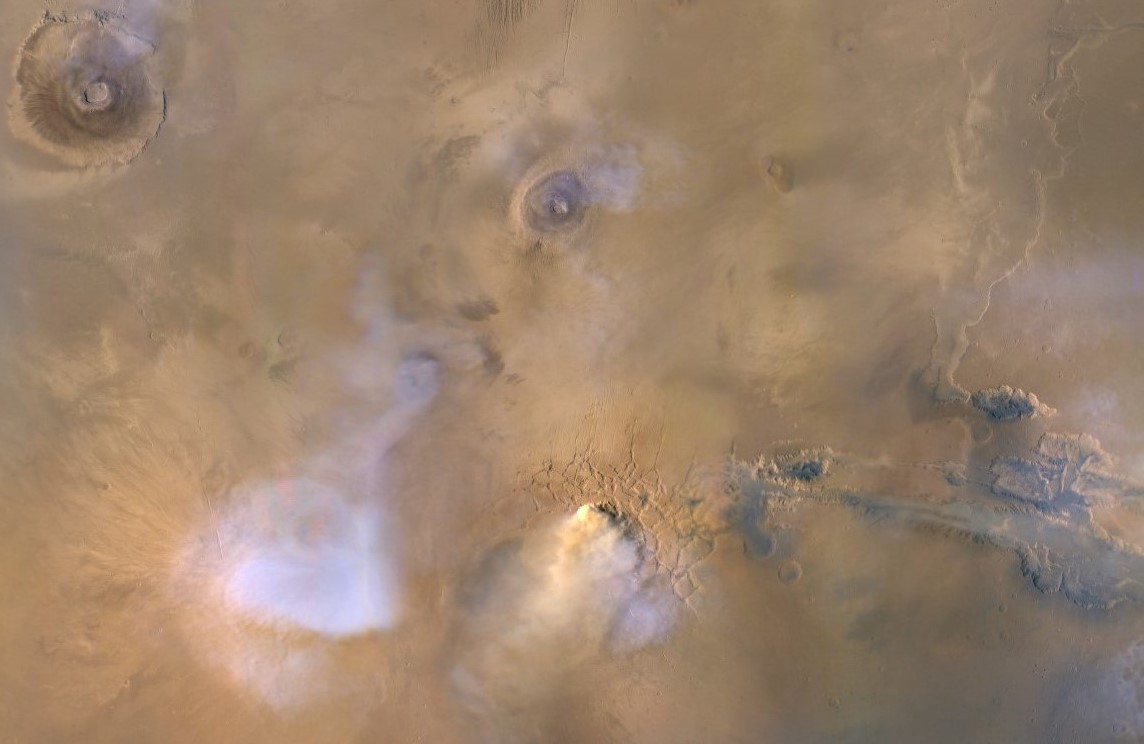 rThanks to data from three different Mars orbiters, scientists have determined that small, local dust storms, like their much larger counterparts, play a key role in drying out the Red Planet.

Martian dust storms can spread across the whole planet and envelope it in darkness. For a long time, planetary scientists have known that those behemoth storms were responsible for wicking away the planet’s water. But Mars was once a lush world, oceans and all, and the large dust storms can’t explain the full magnitude of Mars’ water loss. According to new research, smaller local dust storms, too, are drying out the Red Planet as well.

“This paper helps us virtually go back in time and say, ‘OK, now we have another way to lose water that will help us relate this little water we have on Mars today with the humongous amount of water we had in the past,” Geronimo Villanueva, a planetary scientist at NASA’s Goddard Space Flight Center in Maryland, said in a statement.

Regional dust storms toy with water vapor in the Martian atmosphere, warming it up and slowing its transition to water. The dust storms also hold that water vapor up higher in the atmosphere, where ultraviolet radiation can more easily strip the hydrogen atoms out of water molecules, a process that can’t run in reverse.

The new research focuses on one particular regional dust storm that unfolded in January and February 2019. Before the dust storm began, scientists could only identify water vapor near the Martian surface, since it usually freezes at quite low altitudes. As the storm intensified, the researchers saw temperatures warming and the water vapor rising. And as the vapor rose closer to the sun’s ultraviolet rays, the researchers saw a swell of hydrogen, the signature of water molecules coming apart.

No single spacecraft in orbit at Mars could have tracked all of those dust storm characteristics; instead, the researchers needed to incorporate data from three different probes. The European Space Agency’s Trace Gas Orbiter measured water vapor and ice concentrations in the lower atmosphere, where NASA’s Mars Reconnaissance Orbiter backed it up by watching dust and temperature. And another NASA probe, Mars Atmosphere and Volatile Evolution (MAVEN), monitored hydrogen in the upper atmosphere.

That teamwork is a unique achievement. According to the researchers, it’s the first time that so many probes have worked in tandem like this. “We’ve really caught the whole system in action,” Mike Chaffin, a planetary scientist at the University of Colorado, Boulder, said in the statement.

The new research is described in a paper published Monday (Aug. 16) in the journal Nature Astronomy.