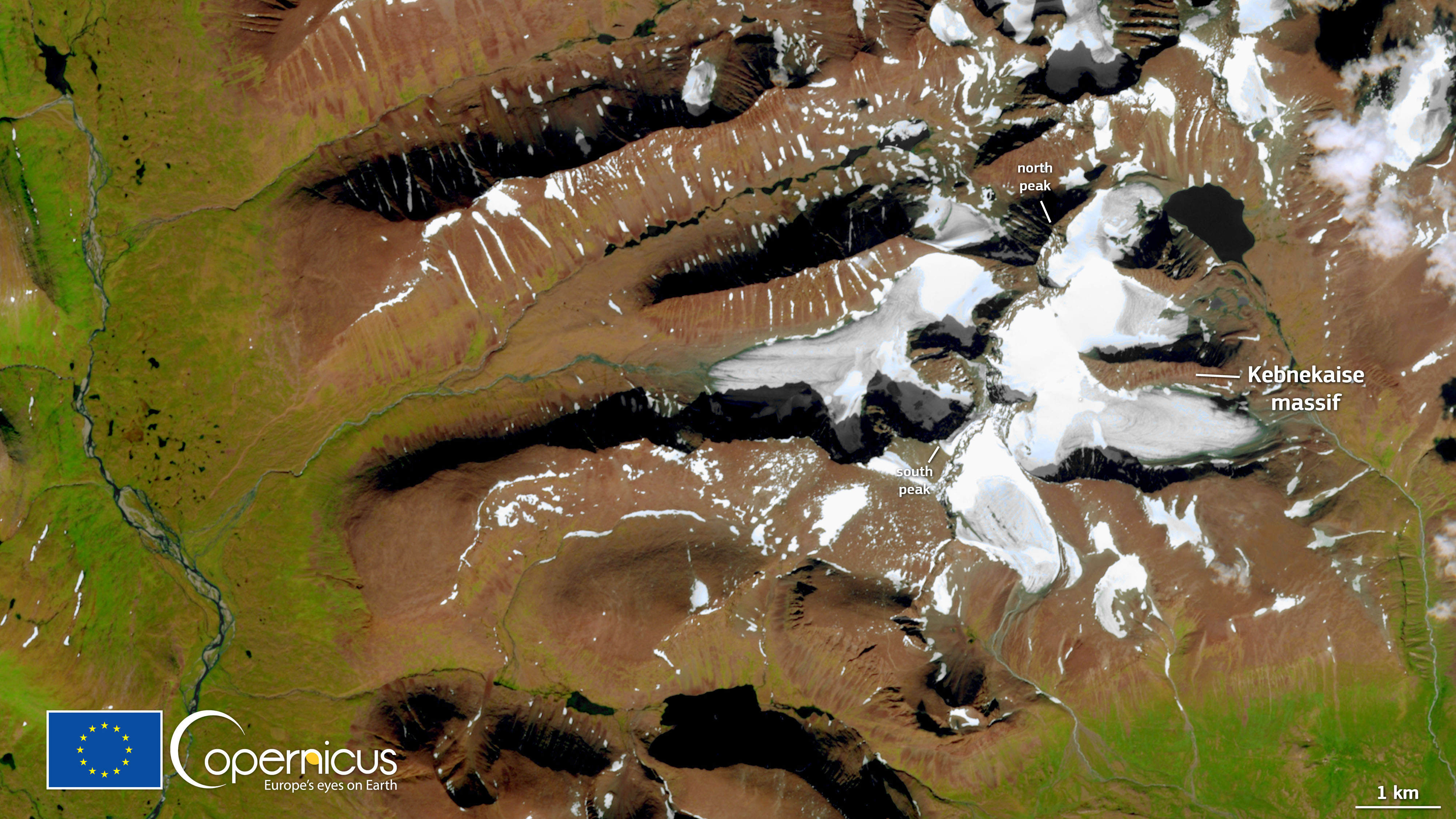 Sweden’s highest mountain peak shrunk by 6 and half feet (2 meters) in one year due to the melting of the glacier that covers it, a new study has found.

Measurements of the Kebnekaise mountain started in the 1940s, according to the Bolin Centre for Climate Research of Stockholm University, Sweden, which is in charge of the monitoring. Those observations show that the height of the mountain’s southern peak varies throughout the year due to snow drift and the recession of ice in summer. It is usually at its highest in May and lowest in mid-September. The difference between the winter and summer height could amount to up to two or three meters.

“The height variation is a good symbol of the glaciers’ response to a warming climate in Sweden,” Per Holmlund, professor of glaciology at the Bolin Centre’s Tarfala Research Station who led the measurements, said in the statement. “When hikers climb the top today, they pass a flat part — a ‘pre-peak’ — which did not exist in the early 2000s. Since 2020, the peak is 2,2 meters (7.2 feet) lower, but the ‘pre-peak’ has grown by up to 1,2 meters (3.3 feet).”

Average air temperatures in the region have been rising, according to the scientists, causing the ice to melt at a higher rate. The effect on the southern peak of Kebnekaise has been further exacerbated by changing wind patterns, which affect the accumulation of snow in winter.

The southern peak of Knebnekeise used to be Sweden’s highest summit. But now this title has officially gone to the mountain’s northern peak, which is more rocky and therefore resistant to the changing climate.

The melting of glaciers was mentioned in a damning report released by the Intergovernmental Panel on Climate Change (IPCC) earlier this month as one of the undisputed signs of the worsening climate change. The report described the rate of glacier loss as “unparalleled” in the past 2,000 years and predicted that the disconcerting trend will continue for centuries to come.

With their unobscured view from above, satellites help scientists monitor glaciers and ice sheets arounds the world and uncover the effects of climate change. The European Union’s Copernicus Earth observation program currently manages a constellation of nine Sentinel satellites that monitor various aspects of Earth’s environment.