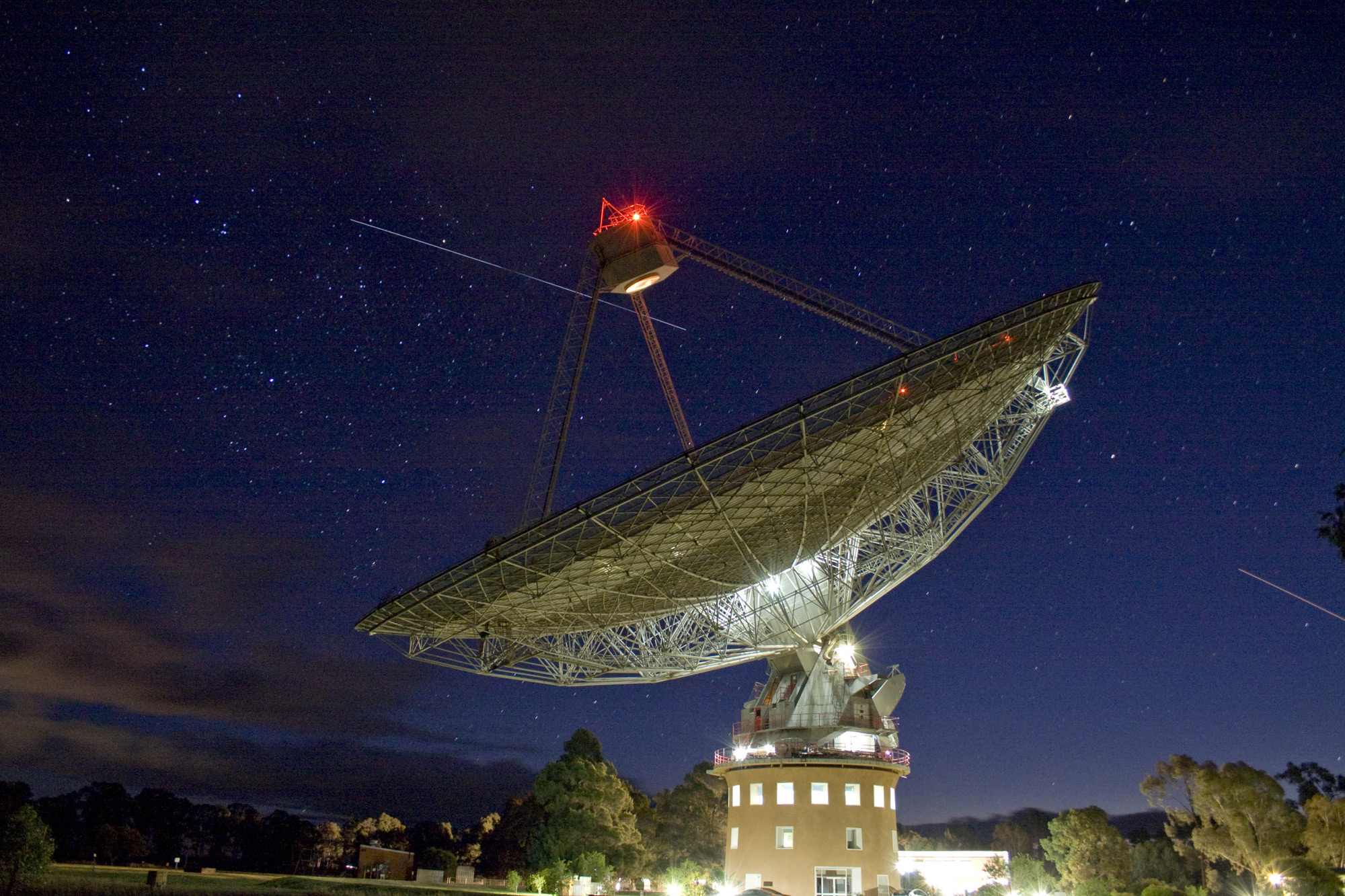 This article was originally published at The Conversation. The publication contributed the article to Space.com’s Expert Voices: Op-Ed & Insights.

What do cyberspace and outer space have in common? As we make clear in a new report to the Department of Defence, both are new frontiers for national security that blur traditional ideas about borders, sovereignty and defense strategy.

These “areas” are important elements of Australia’s critical infrastructure and are vital to our ability to defend our nation and keep it secure. They also have a “dual use” character: both areas (and often even individual pieces of equipment) are used for both military and civilian purposes.

What is sovereignty and why is it important?

Sovereignty is a legal and political concept. It generally refers to the authority of a country (nation state) to exercise control over matters within its jurisdiction – including by passing laws and enforcing them.

Historically, this jurisdiction was based primarily on geography. However, cyberspace and outer space are not limited by borders in the same way as territorial spaces.

Sovereignty also includes the power to give up certain sovereign rights, such as when countries agree to limit their own actions so as to cooperate internationally on human rights and national security.

Read more: Star laws: what happens if you commit a crime in space?

Cyberspace and outer space enhance our defence and national security capabilities, but our increasing dependence on continuous access to both also makes us vulnerable. These domains can be a source of unity and vision for humanity, but they can also be a source of tension and discord – and could easily be misused in the conduct of war.

The world’s dependence on the internet has outpaced efforts at effective cybersecurity. For every “solution,” another threat arises. This can create serious vulnerabilities for defense and national security.

There is a general understanding that international law applies to cyber activities. However, the details of precisely how are not agreed. The debate generally concerns what military cyber activities are “acceptable” or “peaceful,” and which are prohibited or might be considered acts of war.

For example, during peacetime, international law is largely silent on espionage. Nation-states can generally engage in cyber espionage without clearly violating their legal obligations to other countries.

However, it can be hard to tell the difference between a simple espionage cyber operation (which might be permitted) and one carried out to prepare for a more disruptive operation (which might count as an “attack”). Both involve unauthorized access to computer systems and networks within another nation-state, but working out who is responsible for such intrusions and their intentions can be an imprecise art.

Different countries have suggested various approaches to the problem. France and Iran say any unauthorized penetration of their cyber systems “automatically” constitutes a violation of sovereignty, irrespective of the reason.

Others, such as the United Kingdom and New Zealand, say a cyber operation must be sufficiently disruptive or destructive to count as a violation of sovereignty principles. These might seem like legal niceties, but they matter – they can determine how the impacted country might retaliate.

Outer space is no less challenging. The “militarization” and possible “weaponization” of space represent a significant defense and national security challenge for all countries.

Outer space, like the high seas, is often seen as a global commons: it belongs to everyone and is governed by international law. A key tenet of international space law is that space may not be appropriated, which would prevent plans such as colonizing the Moon or Mars.

The 1967 Outer Space Treaty, ratified by almost every spacefaring country, provides that the Moon and other celestial bodies are to be used “exclusively for peaceful purposes.” It also forbids the placement of weapons of mass destruction in outer space and the militarisation of celestial bodies.

The treaty also imposes international responsibilities and liabilities on the countries themselves – even for transgressions carried out by a private entity. Everything revolves around the imperative to promote responsible behavior in space and minimize the possibility of conflict.

Read more: Giant leap for corporations? The Trump administration wants to mine resources in space, but is it legal?

Initially, there were different views as to whether the peaceful use of space meant that only “non-military” rather than “non-aggressive” activities were permissible. However, the reality is that outer space has been and continues to be used for terrestrial military activities.

The 1991 Gulf War is often referred to as the first “space war.” The use of satellite technology undeniably represents an integral part of modern military strategy and armed conflict for Australia and many other countries.

The situation is made more complex by the increasing interest in possible future mining in space and the potential rise of space tourism. There is also no clear international agreement about where to draw the line between sovereign airspace and outer space, or about what (and whose) criminal law applies in space.

At present, some 70-80 countries have some degree of sovereign space capability, including an ability to independently launch or operate their own satellites.

On the other hand, this means nearly two-thirds of the world’s countries do not have any national space capability. They are completely dependent on others for access to space infrastructure and to space itself. Their ability to enjoy the benefits of space technology for development and well-being relies on strategic and geopolitical networks and understandings.

Even Australia, which is a sophisticated space participant, currently has relatively limited sovereign capability for space launches, Earth observation, GPS and other critical space activities.

However, it is not economically feasible for Australia to be wholly independent in every aspect of space. For this reason, Australia’s twin policy of ensuring access to space through strategic alliances with selected spacefaring nations, while also developing further sovereign space capability in specific areas, is essential to Australia’s defense and national security interests.

Addressing the intersection between cyberspace and outer space is vital for Australia’s defense and national security policies. Both civilian and military actors participate in these domains, and the range of possible activities is rapidly developing.

We will need to understand the increasingly close intersection between cyberspace and outer space technologies to be in the best possible position to develop effective and integrated defense and national security strategies to meet the challenges of the 21st century.

This article is republished from The Conversation under a Creative Commons license. Read the original article.

Follow all of the Expert Voices issues and debates — and become part of the discussion — on Facebook and Twitter. The views expressed are those of the author and do not necessarily reflect the views of the publisher.