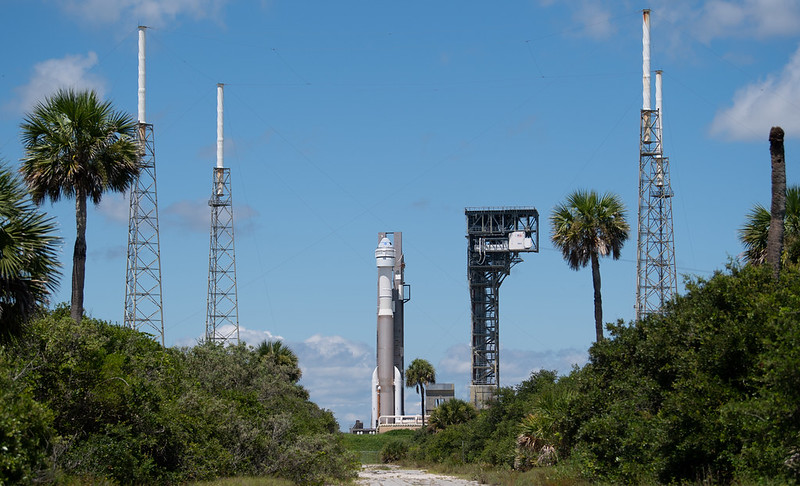 Boeing’s Starliner capsule is still under repair as the company works to figure out what’s going on with its faulty valves.

Following a multitude of delays, Starliner has no new launch date set for its Orbital Flight Test 2 (OFT-2) mission to the International Space Station as Boeing teams continue to “work around the clock” to fix the valve issues that grounded the craft last week and continue to delay a liftoff, the company announced in a statement today (Aug. 12). So far, teams have repaired nine of the craft’s 13 problematic valves.

“Over the past couple of days, our team has taken the necessary time to safely access and test the affected valves, and not let the launch window dictate our pace,” John Vollmer, Starliner vice president and program manager, said in the statement.

Related: Everything you need to know about Boeing’s Starliner OFT-2 mission

After an initial delay caused by a malfunction of Russia’s incoming Nauka module at the International Space Station right before Starliner was scheduled to launch on July 30, NASA and Boeing pushed the launch to Aug. 3. However, this launch date then slipped by another 24 hours before being delayed indefinitely when engineers spotted trouble with valves in Starliner’s propulsion system. They found issues with 13 valves that weren’t opening as designed.

On Aug. 9, the company put out a statement sharing that mission teams had thus far gotten seven of the 13 problematic valves back to operating as intended. Today, Boeing revealed that now nine of those 13 valves “are now open and functioning normally after the application of electrical and thermal techniques to prompt and command them open,” Boeing said in the statement. They added that “similar techniques are now being applied to the four valves that remain closed.”

However, the company does not yet know the cause of the valve malfunction.

While Boeing’s teams are working “to return functionality to a number of oxidizer valves on the CST-100 Starliner’s propulsion system, the company is simultaneously working with its NASA and Aerojet Rocketdyne partners to determine the cause of the valve issues discovered during prelaunch checks,” the statement reads.

Starliner is Boeing’s hopeful astronaut taxi; the spacecraft was developed under a contract awarded by NASA’s Commercial Space Program, alongside SpaceX with its Crew Dragon capsule. OFT-2 will be the company’s second attempt at an uncrewed test flight to the station after its first mission, OFT-1, failed to reach the orbiting lab in December 2019.

Starliner will stay at the space station for five to 10 days before returning to Earth, NASA officials have said. Following the successful completion of the OFT-2 mission, Boeing has said that it will launch human crews aboard the capsule to the space station. Previously, the company has aimed to launch its first crewed Starliner mission by the end of this year.

However, currently, they do not have a launch date for OFT-2, which precedes an eventual crewed launch.

“The company will work with NASA and United Launch Alliance to confirm a new launch date when the spacecraft is ready,” the statement reads.

If Starliner doesn’t launch soon, the spacecraft could lose its space station parking spot to an incoming SpaceX Dragon cargo ship, which is currently scheduled to launch on Aug. 28 and will spend up to two months docked at the station. To make matters more complicated, the United Launch Alliance (ULA), whose Atlas V rocket will launch the OFT-2 mission, may also be preoccupied in early September with another Atlas V launch for the U.S. Space Force.