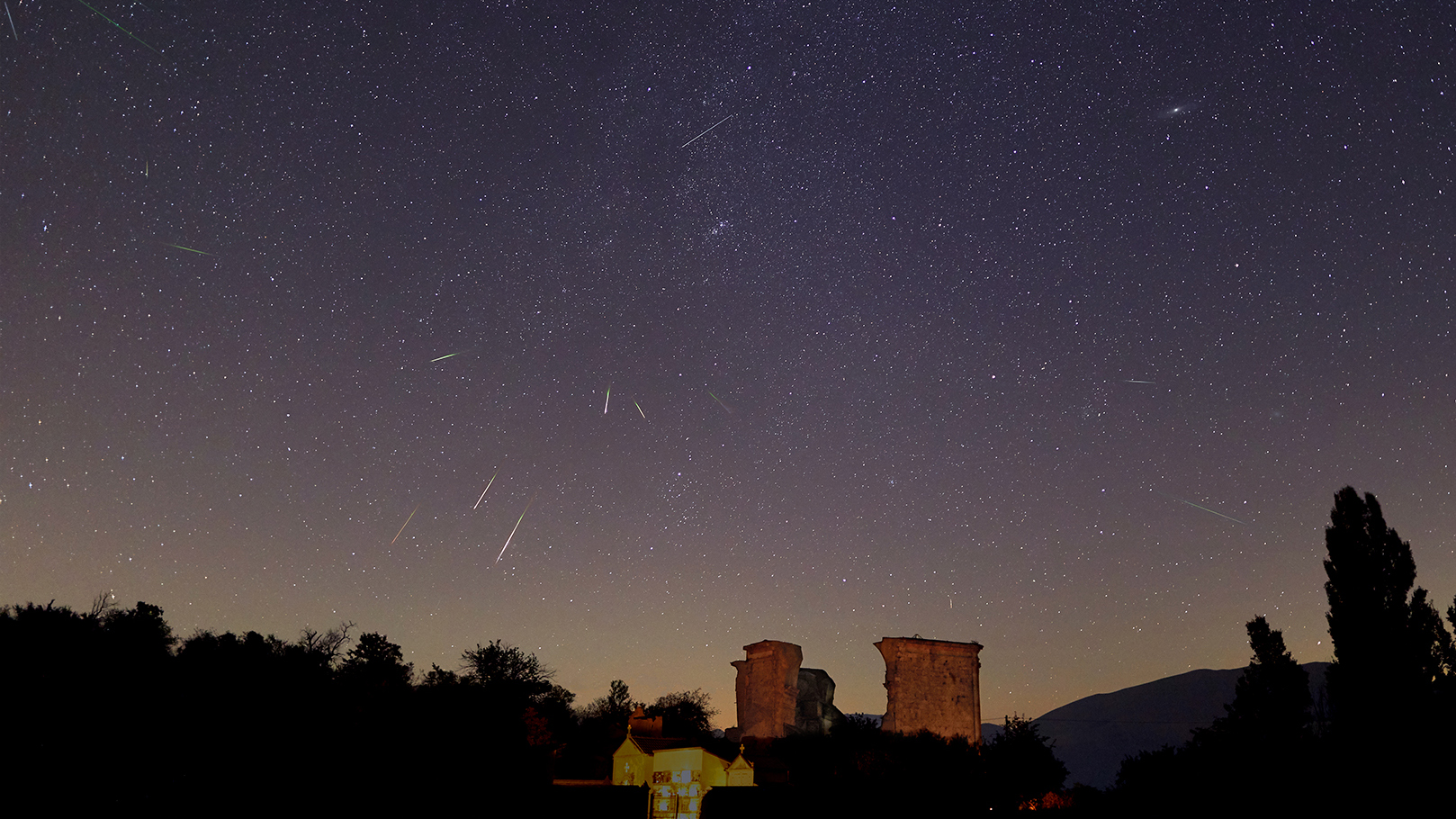 If you aren’t able to go outside and enjoy the annual Perseid meteor shower at its peak this week, or you want to learn more about the science of shooting stars, there are lots of webcasts coming to tell you more.

The Perseids happen each year in August and are expected to reach their peak this year between Aug. 11 to 13 (Wednesday to Friday), with the best viewing hours between midnight and dawn on Thursday (Aug. 12), according to NASA.

Earth is passing through the stream of Comet Swift-Tuttle just as a crescent moon is lighting the sky. Just a few days past the new moon, which arrived Sunday (Aug. 8), the absence of bright moonlight in the night sky will provide almost ideal conditions to catch these cometary crumbs as they slam into our atmosphere, causing the fragments to glow dramatically as “shooting stars.”

Related: Perseid meteor shower 2021: When, where & how to see it

Below is a selection of the live webcasts where you can watch the Perseid meteor shower online this week, featuring telescope views from NASA and others around the world.

The Virtual Telescope Project, which is based near Rome, Italy, will run a livestream starting at 8 p.m. EDT Wednesday (0000 or midnight GMT Thursday). “We will broadcast the meteor shower live, online, for free,” the website stated on its event page. “We will share the view of our wide field cameras, to show any potential meteor they will capture.”

The University of Texas at Austin’s McDonald Observatory in Fort Davis, Texas plans a short livestream between 10:45 p.m. EDT and 11:45 p.m. EDT Wednesday (0245 and 0345 GMT Thursday.) “In addition to live views, we will discuss the origins of meteor showers, their relationship with comets, and much more,” the event’s YouTube page stated. “Moderators in the live chat will be taking questions, and the host will take more at the end.”

The center said that viewers have the choice of dropping in or remaining online throughout the show. “Stick around, or check back in when you can,” NASA officials wrote on the Facebook event page. “If skies are cloudy, we’ll reschedule for the night of August 12.”

Once the webcast becomes available, you can watch it live here in the window above, courtesy of NASA. You can also tune in via NASA Marshall’s Facebook, Twitter and YouTube pages. (In the meantime, you can watch this new video of early Perseid meteors captured by NASA’s All-sky Fireball Network.)

The Lowell Observatory in Flagstaff, Arizona — the place where Pluto was famously discovered — will start a livestream at 12 a.m. EDT Thursday (0500 GMT) to hunt down meteors as the skies get dark. Research assistant Megan Gialluca will host the live broadcast.

“We’ll use the All-Sky Camera at the Lowell Discovery Telescope to hunt for meteors together,” the observatory stated on the livestream page. “After that, you’ll be ready to find more on your own, when the meteor showers peak in the hours before dawn.”

The Kopernik Observatory in Vestal, New York (just outside of Binghamton) plans a virtual observing session starting at 9:30 p.m. EDT Thursday (0130 GMT Friday). “Our livestream astronomer, Jeremy Cartie, will be available for commentary and questions,” officials stated on the YouTube page, adding, “with the recent new moon, the only thing standing in our way of a great show is the weather.”