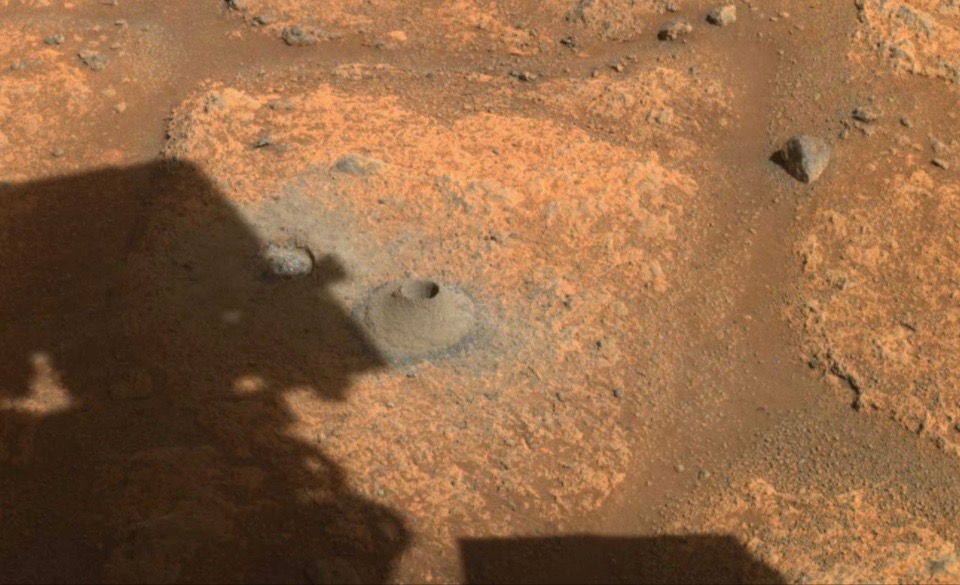 The car-sized Perseverance landed inside the Red Planet’s Jezero Crater this past February with two main tasks: to hunt for signs of past Mars life and to collect and cache samples for future return to Earth.

The NASA rover drilled its first sample-collecting hole on Friday (Aug. 6), a major milestone for the $2.7 billion mission. But data beamed back to Earth by Perseverance indicate that no Mars rock or dirt made it into the sampling tube, NASA officials announced on Friday afternoon.

“While this is not the ‘hole in one’ we hoped for, there is always risk with breaking new ground,” Thomas Zurbuchen, associate administrator of NASA’s Science Mission Directorate in Washington, said in a statement. (Perseverance’s mission is the first step in a Mars sample-return campaign, which has never been done before.)

“I’m confident we have the right team working this, and we will persevere toward a solution to ensure future success,” Zurbuchen added.

As those words imply, this wasn’t a make-or-break moment for Perseverance; the rover carries 43 sampling tubes. The mission plan calls for Perseverance to fill at least 20 of them with material extracted from holes it bores into Martian rock with the percussive drill at the end of its 7-foot-long (2.1 meters) robotic arm.

Data received from Perseverance indicate that the drill, which has a hollow coring bit, worked as intended, and that processing of the sample tube appeared to be normal as well, NASA officials said.

“The sampling process is autonomous from beginning to end,” Perseverance surface mission manager Jessica Samuels, of NASA’s Jet Propulsion Laboratory (JPL) in Southern California, said in the same statement. “One of the steps that occurs after placing a probe into the collection tube is to measure the volume of the sample. The probe did not encounter the expected resistance that would be there if a sample were inside the tube.”

This outcome — a successfully drilled hole but an empty tube — was never encountered during tests of the sampling system on Earth, the Perseverance team said via the rover’s official Twitter account.

“The initial thinking is that the empty tube is more likely a result of the rock target not reacting the way we expected during coring, and less likely a hardware issue with the Sampling and Caching System,” Perseverance project manager Jennifer Trosper, also of JPL, said in the same statement. “Over the next few days, the team will be spending more time analyzing the data we have and also acquiring some additional diagnostic data to support understanding the root cause for the empty tube.”

That additional data will include detailed photos of the borehole, which Perseverance will take with the WATSON (Wide Angle Topographic Sensor for Operations and Engineering) camera at the end of its arm, NASA officials said.

There is some precedent for unexpected rock or dirt properties throwing roadblocks up for Mars robots. Perseverance’s older cousin Curiosity, for example, has drilled into rocks that proved to be significantly harder or more brittle than mission team members had anticipated. And the burrowing heat probe on NASA’s InSight Mars lander failed to dig nearly as deeply as planned, perhaps stymied by weirdly dusty yet cohesive dirt.

“I have been on every Mars rover mission since the beginning, and this planet is always teaching us what we don’t know about it,” Trosper said. “One thing I’ve found is, it’s not unusual to have complications during complex, first-time activities.”