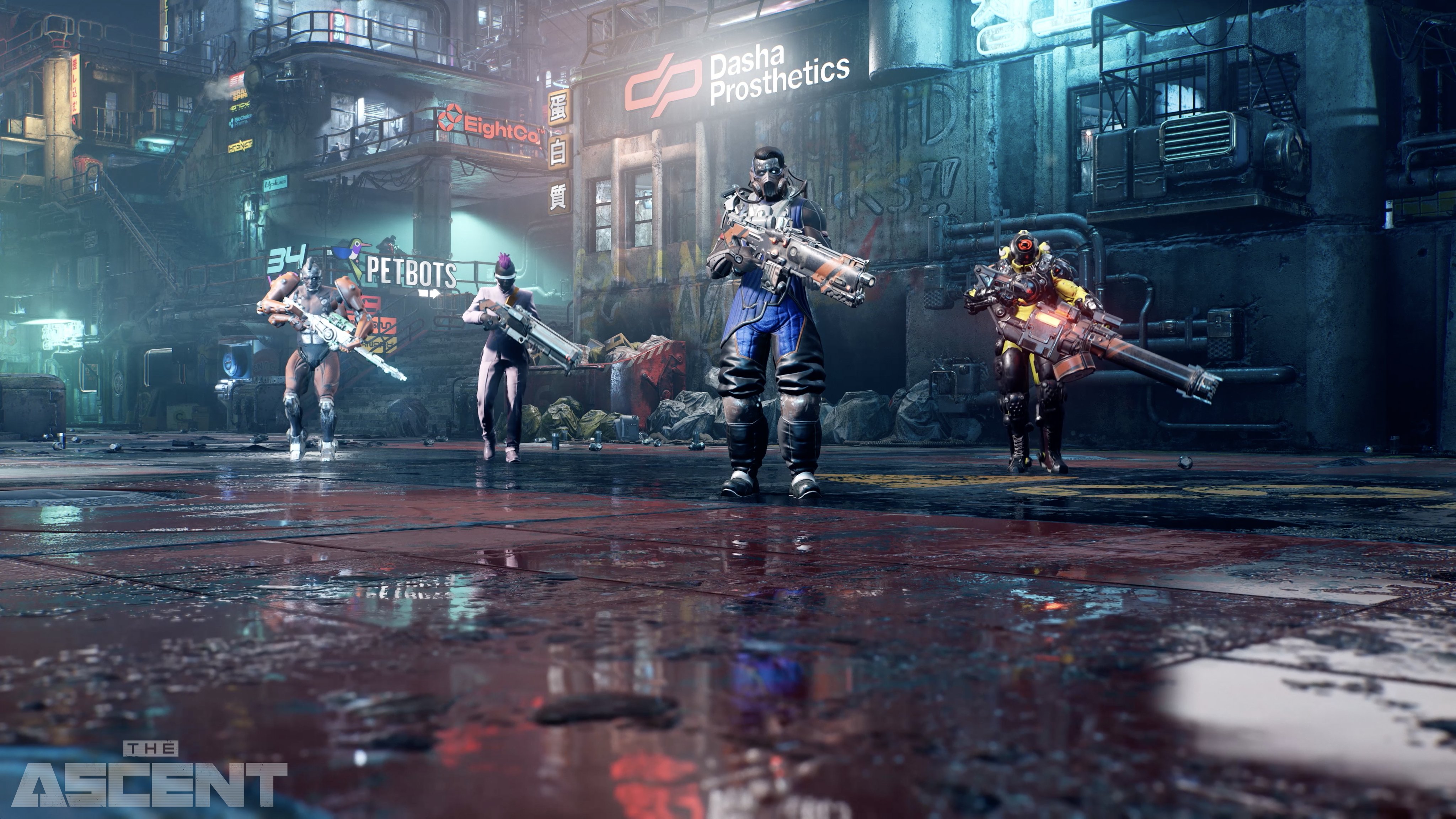 The game, set in a dystopian cyberpunk world, is available to buy on PC and Xbox Series X/S and Xbox One, as well as via an Xbox Games Pass subscription. “The Ascent” has both single-player and up to four-player game modes that allow the player to take control of a worker enslaved by the company that owns you.

The player belongs to The Ascent Group — a corporate-run metropolis — but following a series of catastrophes that leads to the collapse of your district, you must take up arms to survive, fight off rivals and find out what started the collapse in the first place.

The cyberpunk action-shooter is the first title from Swedish indie studio Neon Giant, a 12-person studio composed of gaming industry veterans who are some of the minds behind the “Gears of War,” “Wolfenstein” and “Bulletstorm” franchises.

In the game, you start off as an enslaved worker but by completing missions and progressing through you become more powerful and unlock shiny new guns, toys, armor and augmentations. Throughout the game you will also come across characters who have not only learned how to survive but thrive in a twisted and hostile world.

Powered by Unreal Engine, the game will fully support gameplay in 60 frames per second and 4K on the Xbox Series X and will help elevate the genre to the next level by offering top-quality visuals and high levels of gameplay performance for next-generation console players.