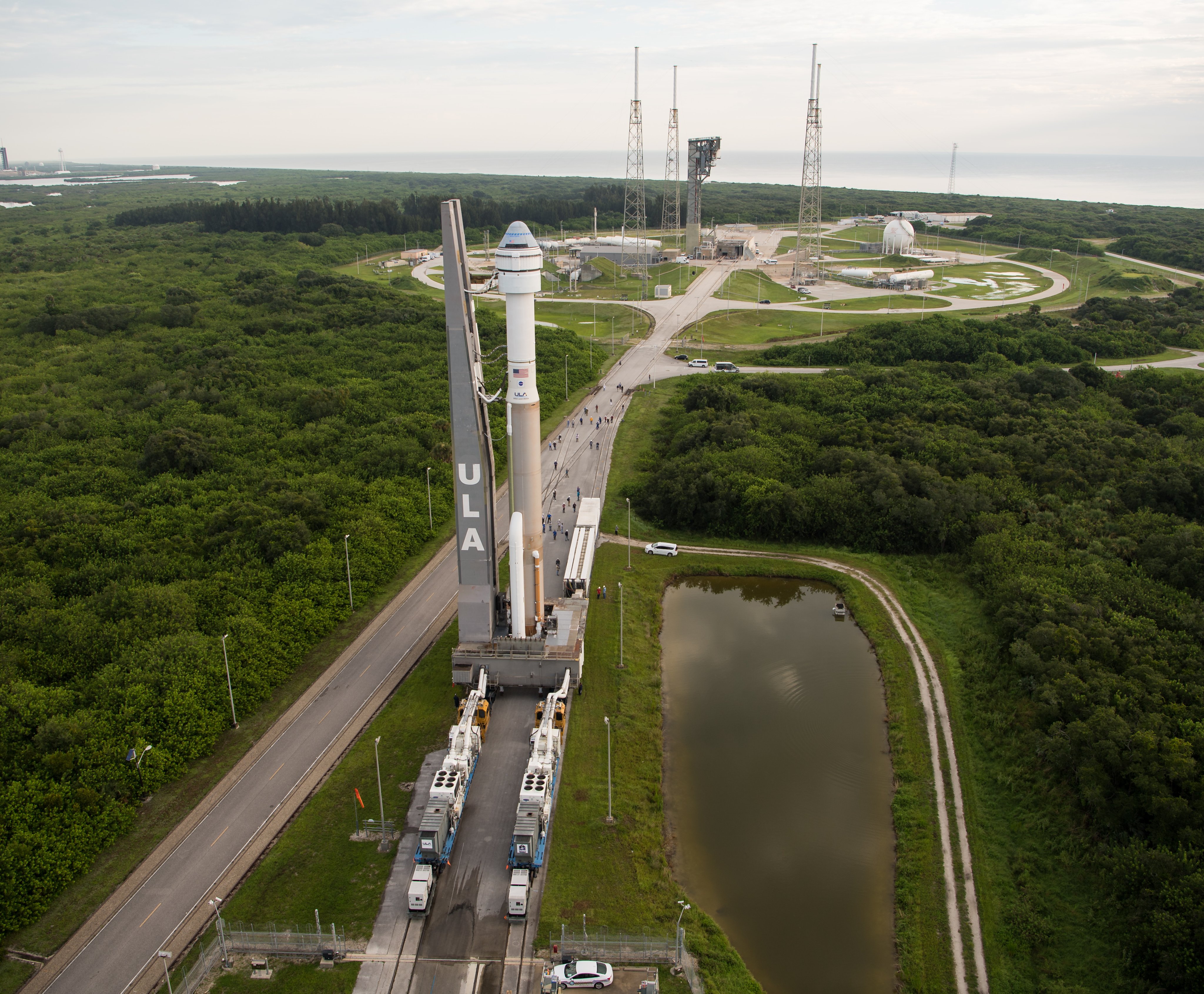 After a delay from its initially-scheduled launch on Friday (July 30), today at 1:20 p.m. EDT (1720 GMT) Boeing’s Starliner vehicle will launch atop a United Launch Alliance Atlas V rocket to the International Space Station from Space Launch Complex 41 at Cape Canaveral Space Force Station in Florida, kicking off the company’s OFT-2 uncrewed test flight,  Ahead of this exciting launch, which Boeing hopes will be the final step before it can begin using Starliner to ferry astronauts to and from the space station, astronauts are sharing their excitement.

“This is really our full dress rehearsal for putting people on board,” NASA astronaut Doug Wheelock told Space.com. “[I’m] very excited about what’s happening in space and space exploration, opening up space exploration to everyone.”

OFT-2 (“Orbital Flight Test 2) follows the company’s December 2019 OFT mission, which suffered anomalies stemming from issues that have since been resolved.

During the original OFT, Starliner failed to reach the space station and made an earlier landing than anticipated.

“As you know, a year and a half ago in December 2019, we met a lot of objectives, but we did not meet the objective of rendezvous and docking with the International Space Station,” NASA Associate Administrator Bob Cabana, a former astronaut, said during the conference.

Since the original OFT, following a postflight review, Boeing has completed all NASA requirements ahead of this followup flight. And astronauts seem confident and excited about OFT-2 and future crewed flights with Starliner.

“The flight readiness review, it was smooth as glass” NASA Administrator Bill Nelson, who flew to space in 1986 as part of NASA’s space shuttle program, said during a news briefing July 29. “And I think that it indicates the hard work, the rigor, the preparation that went into making this flight successful.” Nelson added that the only concern he had for the flight was possible foul weather, as thunderstorms have been looming throughout the week.

“We’re learning every day about our systems and the robustness of our systems and maybe better designs that we can think of and things like that,” Wheelock said, adding that “the folks that are going to be strapping into this vehicle are probably going to be watching this more closely than probably anybody.”

One particular astronaut is especially excited about the upcoming launch, as they shared on Twitter. NASA astronaut Sunita Williams, who is set to command Boeing’s first fully operational crewed Starliner mission, Starliner-1, is on site in Florida for the launch and seems thrilled to see the vehicle lift off.

“She’s at the launch pad!” Williams tweeted July 29, referring to Starliner, which rolled out that day (before rolling back in after the delay was announced).

“This is really stepping stones,” Wheelock said. He meant not just the upcoming Starliner launch but the growing progress across the commercial spaceflight sector.

NASA’s “Commercial Crew Program, including Starliner out of Boeing, are the stepping stones to us going out further,” he added, citing specific future plans that NASA and its commercial partners have of “building landers to land on the moon, and other subsystems in our lunar orbit, our Gateway program and, of course, our SLS [Space Launch System], our big rocket and our Orion program as well. So it all ties together. And we’re trying to partner public and private partnership with commercial industry to head back to the moon, and we’re very excited about that.”