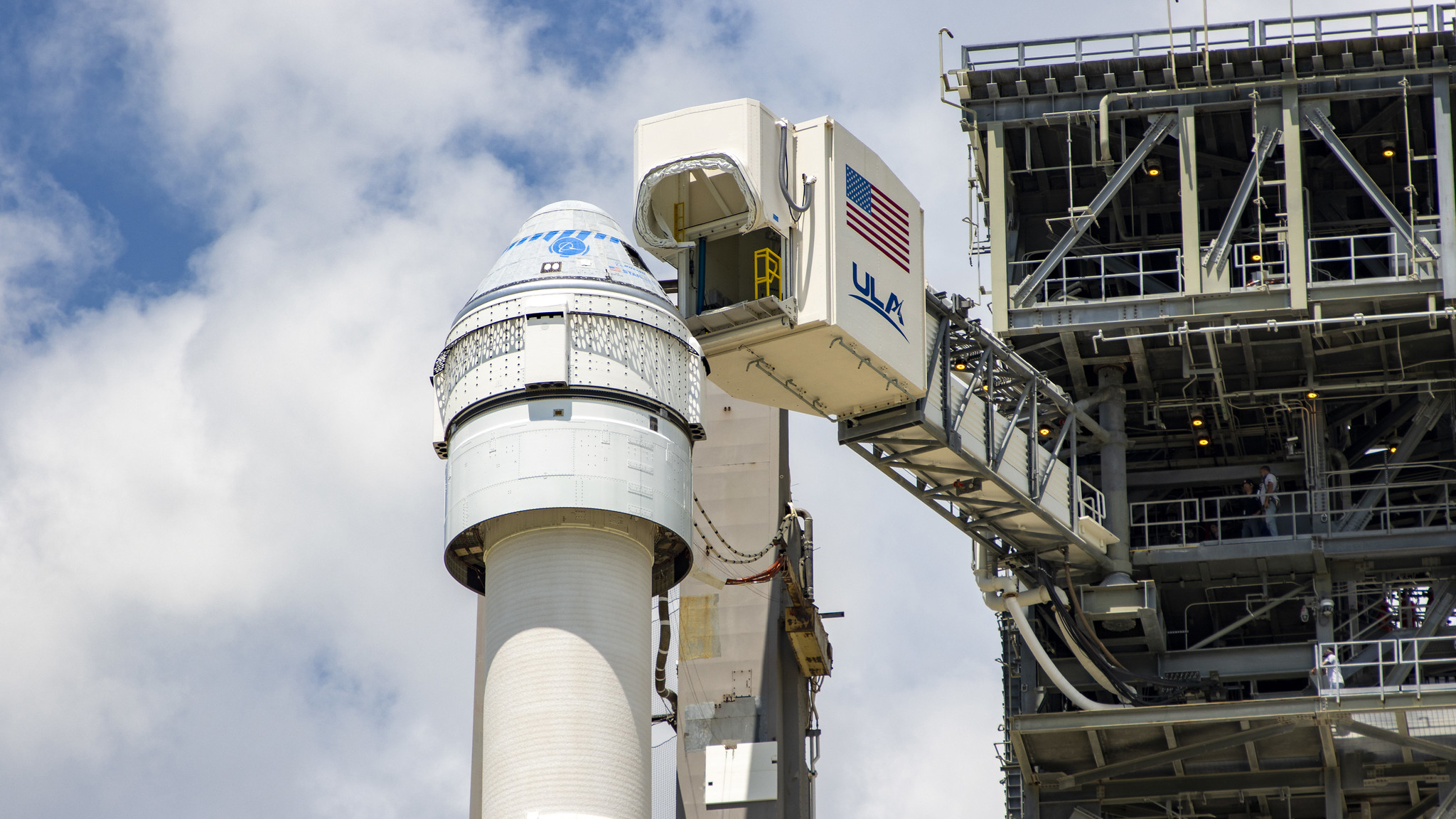 Boeing’s Starliner astronaut taxi will have to wait to launch … again.

This morning (Aug. 3), Boeing announced that its Starliner Orbital Flight Test-2 (OFT-2) mission, set to launch today, would be postponed due to unexpected issues with the craft’s propulsion system, the company revealed in a statement. The next available launch opportunity for Starliner is tomorrow (Aug. 4), but the team hasn’t yet confirmed it will pursue that window.

“During pre-launch preparations for the uncrewed test flight of the CST-100 Starliner spacecraft, Boeing engineers monitoring the health and status of the vehicle detected unexpected valve position indications in the propulsion system. The issue was initially detected during check outs following yesterday’s electrical storms in the region of Kennedy Space Center,” Boeing officials wrote in the statement.

“Consequently, the launch of the Starliner spacecraft to the International Space Station atop a United Launch Alliance Atlas V rocket will be postponed. The launch was scheduled for 1:20 p.m. ET on Tuesday, Aug. 3. Boeing and NASA teams are assessing the situation. The team will provide updates regarding a launch attempt on Wednesday, Aug. 4,” the company added.

“We’re disappointed with today’s outcome and the need to reschedule our Starliner launch,” John Vollmer, vice president and program manager, Boeing’s Commercial Crew Program, said in the statement. “Human spaceflight is a complex, precise and unforgiving endeavor, and Boeing and NASA teams will take the time they need to ensure the safety and integrity of the spacecraft and the achievement of our mission objectives.”

NASA confirmed the delay and its root cause.

“NASA, Boeing and United Launch Alliance (ULA) have scrubbed the Aug. 3 launch attempt of the agency’s Orbital Flight Test-2 to the International Space Station due to unexpected valve position indications in the Starliner propulsion system. ULA will begin removing propellant from the Atlas V rocket,” the agency said in a statement, adding that dependent on the resolution of this problem, they would be available to launch next tomorrow.

This news comes after another short delay, from the vehicle’s previous launch date last Thursday (July 29), caused by issues concerning the mishap with Russia’s Nauka module after docking with the International Space Station.

Before the scrub was formally announced, NASA Administrator Bill Nelson alluded to this delay during his keynote address for this morning’s International Space Station Research and Development Conference.

“Later today, NASA and Boeing’s Starliner spacecraft, it was scheduled to launch. It will launch when it’s right,” he said.

“This is another step in certifying Starliner to transport crew to the ISS. Safe, reliable transportation to the ISS is exactly the vision that NASA had when the agency embarked on the Commercial Crew Program ten years ago,” he added. “With Boeing and Spacex rotating missions, each carrying out four astronauts [to the ISS], we’ve already expanded the number of crew members at the ISS, effectively doubling the amount of weekly crew time that can be devoted to research. The more crew members, the more time that they can dedicate to scientific research. And the more research, the more results. “

OFT-2 is Boeing’s second attempt at an uncrewed test flight of its Starliner vehicle to the space station. The flight will see the craft launch atop a United Launch Alliance Atlas V rocket, sending it to the station where it will dock, unload important cargo, and after some time return home to Earth.

With the success of this mission, Boeing aims to begin launching crewed missions, as SpaceX has done with its Crew Dragon capsule, to and from the orbiting lab.