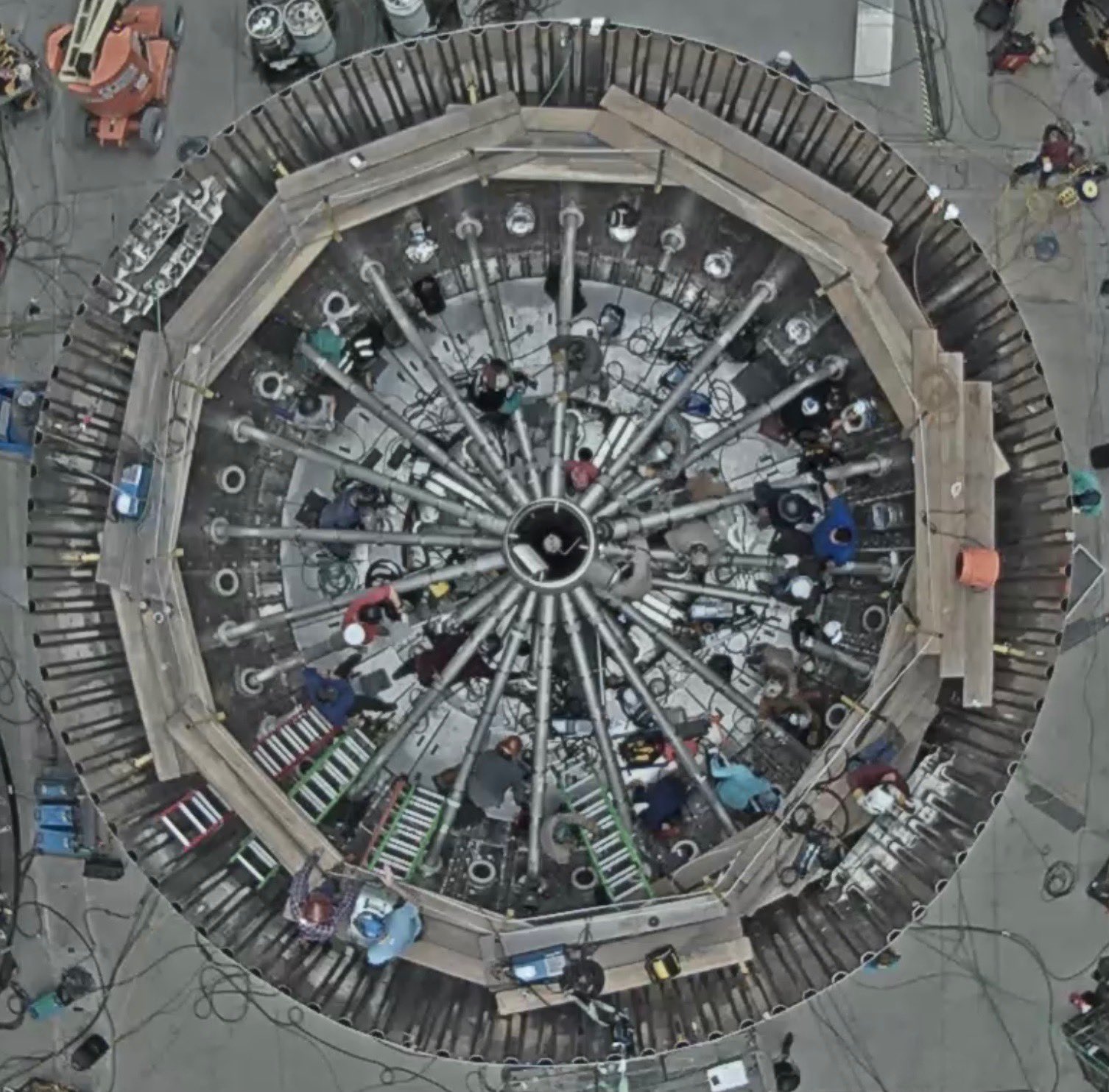 On Thursday (July 29), SpaceX chief Elon Musk gave us an inside look at the engine section of a Super Heavy that’s coming together at the company’s South Texas site, near the Gulf Coast village of Boca Chica.

There is a lot of plumbing involved.

“Completing feed system for 29 Raptor rocket engines on Super Heavy Booster,” Musk wrote via Twitter Thursday, where he posted a photo showing metal tubes radiating outward from the engine section’s core like the spokes on a bicycle wheel.

“And that’s just the primary fuel lines! The maze of secondary plumbing & wiring is our greatest concern,” he added in another tweet on Thursday.

Super Heavy is the giant first stage of Starship, the fully reusable transportation system that SpaceX is developing to take people and cargo to the moon, Mars and beyond. The upper stage is a 165-foot-tall (50 meters) spacecraft called Starship.

Both of these elements will be powered by SpaceX’s next-generation Raptor engine, which runs on liquid methane and liquid oxygen. Starship will sport six Raptors and Super Heavy will have around 30, as Musk noted in his Twitter post.

Multiple Starship prototypes have taken to the South Texas skies already. In May, for example, a three-engine vehicle known as SN15 aced a test flight that took it to a maximum altitude of 6.2 miles (10 kilometers).

No Super Heavy has lifted off yet, but SpaceX aims to change that soon. The company is gearing up for the first-ever Starship orbital test flight, which could take place in the next few months.

On that flight, a Super Heavy-Starship combo will lift off from South Texas. If all goes according to plan, the booster will splash down in the Gulf of Mexico, about 20 miles (32 km) offshore from Boca Chica. The Starship upper stage, meanwhile, will power itself to orbit and eventually come down for an ocean landing of its own near the Hawaiian island of Kauai.

We should expect additional test flights in relatively quick succession after that. Musk tends to set aggressive timelines, and his Starship plans are no exception; he has said the system could be fully up and running by 2023 if development and testing continue to go well.