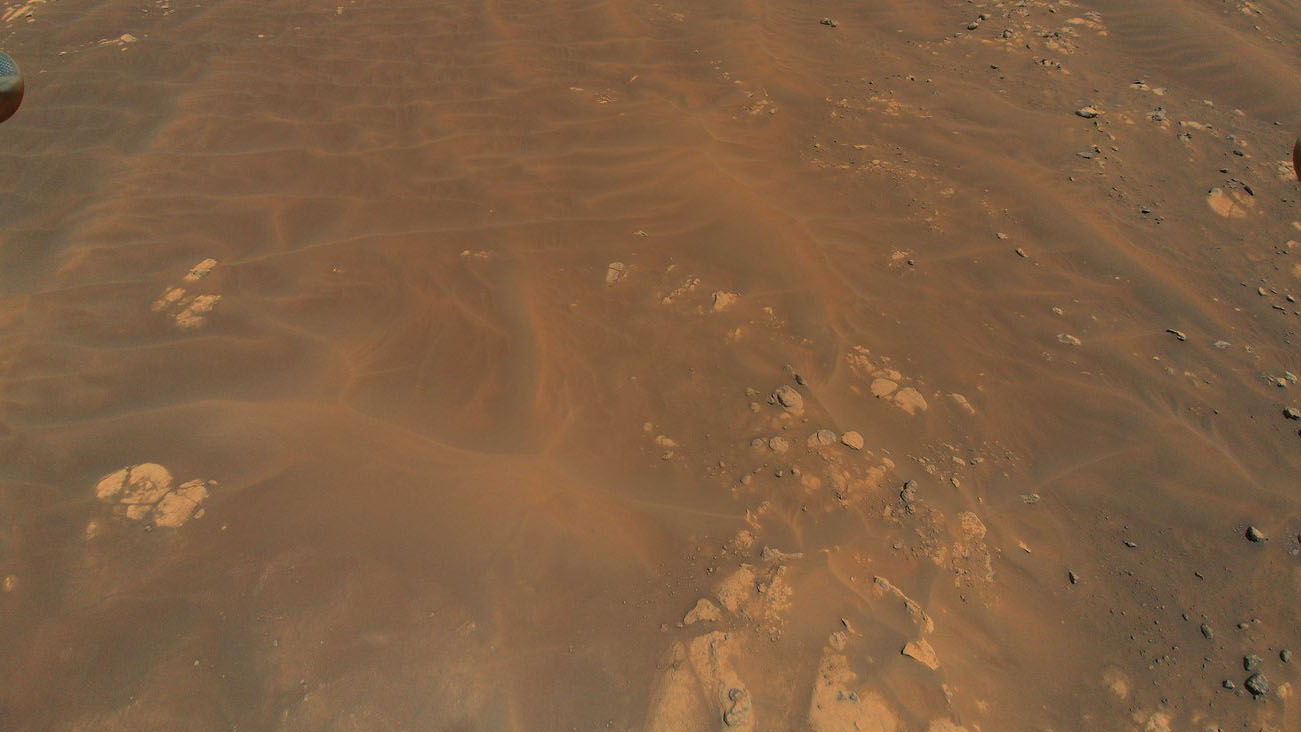 The sortie will investigate “Raised Ridges,” they added. Raised Ridges is a collection of rock features inside Mars’ Jezero Crater from which Ingenuity’s robotic partner, NASA’s Perseverance rover, may end up collecting some samples for future return to Earth.

Perseverance and Ingenuity landed together on Feb. 18 on the floor of the 28-mile-wide (45 kilometers) Jezero, which hosted a lake and a river delta in the ancient past. In early April, Ingenuity deployed from Perseverance’s belly, kicking off a monthlong technology-demonstrating flight campaign.

The rotorcraft aced all five of the sorties it conducted during that stretch. NASA then granted Ingenuity a mission extension, during which the helicopter is showcasing the scouting potential of Mars aerial vehicles.

For example, Ingenuity checked out a geologic unit called Séítah during its ninth flight, which occurred on July 5. Séítah sports a number of sand dunes, making it too tricky for Perseverance to traverse, even for tentative “toe-dips” to check out exposed bedrock. But Ingenuity’s imagery will help the rover team plan out possible toe-dip spots at other locations along its projected Jezero path, NASA officials said.

Ingenuity also captured some imagery of Raised Ridges during the July 5 sortie. But the helicopter and rover teams want more photos of the location, which is part of a fracture system through which liquid water may have flowed long ago.

The Ingenuity team has been pushing the helicopter’s capabilities during the extended mission. For example, on the ninth flight, Ingenuity traveled about 2,051 feet (650 meters), reached a top speed of 11 mph (17.7 kph) and stayed aloft for 166 seconds — all records for the little robot.

“I have to say, when we are all sitting there waiting for the data to come down, we were very relieved that the helicopter succeeded on that very ambitious flight,” Perseverance project manager Jennifer Trosper, of NASA’s Jet Propulsion Laboratory (JPL) in California, said during Wednesday’s news conference.

Perseverance’s main mission goals involve hunting for signs of past Mars life and collecting and caching dozens of samples, which will be returned to Earth by a joint NASA-European Space Agency campaign, perhaps as early as 2031.

Perseverance spent its first few months on Mars getting its systems up and running and supporting Ingenuity’s first few flights, but the six-wheeled rover is now focusing on its own needs. It has begun its life-hunting work and is preparing to collect its first sample, a milestone that could happen within the next two weeks, mission team members said on Wednesday.