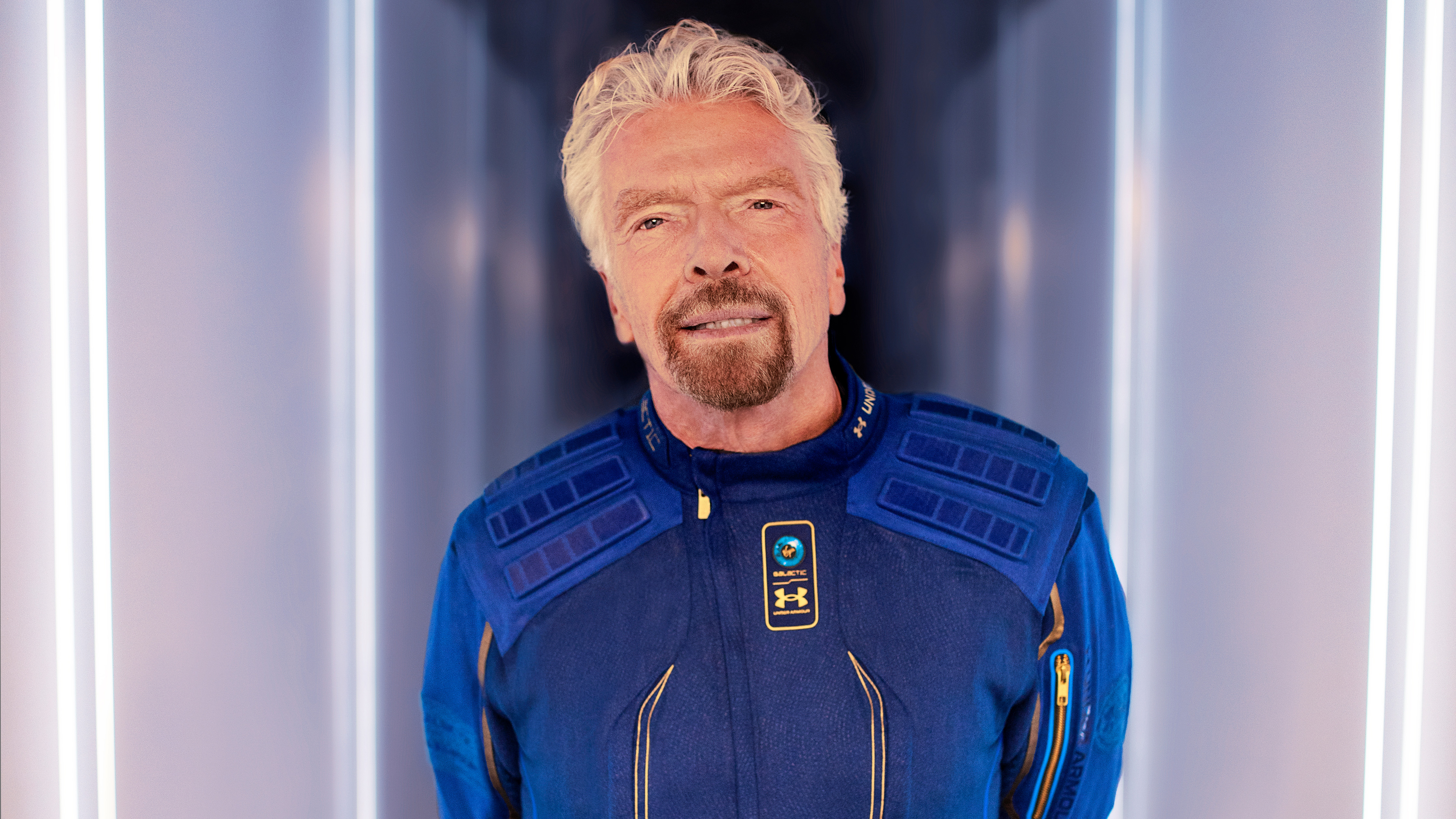 Virgin Galactic’s billionaire founder Richard Branson, who is poised to launch into space today (July 11) as part of Unity 22 crew got best wishes for his flight from SpaceX founder Elon Musk.

Musk apparently joined the Virgin Galactic founder this morning as the space tourism company prepared to launch Branson and a crew of five on a suborbital spaceflight no earlier than 10:30 a.m. EDT (1430) GMT. The launch of SpaceShipTwo VSS Unity and its carrier plane, VMS Eve, were delayed 90 minutes by bad weather for their launch window from Spaceport America about 55 miles (88 kilometers) north of Las Cruces, New Mexico.

You can watch Virgin Galactic’s launch live here and on the Space.com homepage, as well as directly from the spaceflight company’s website and YouTube page.

“Big day ahead. Great to start the morning with a friend. Feeling good, feeling excited, feeling ready,” Branson tweeted, showing himself standing in a kitchen alongside Musk — who was wearing an Apollo shirt. Branson has said the Apollo 11 landing of 1969 was what inspired him to start Virgin Galactic in 2004.

Yesterday, Branson thanked Musk for being “so typically supportive and such a good good friend” on Twitter and said he was looking forward to seeing the SpaceX CEO in Spaceport America.

“Will see you there to wish the best,” Musk replied. And then today: “Godspeed!”

The infographic and accompanying text particularly focused on Unity’s plan to fly below the Kármán line that international authorities say delineates space, generally interpreted at 62 miles (100 km). That said, Virgin Galactic’s past flights have always flown well above 50 miles (80 km) in altitude, the space demarcation line adopted by NASA, the Federal Aviation Administration and the U.S. military.

The SpaceX founder wasn’t the only well-wisher for Branson’s spaceflight. Virgin Galactic also released a compilation Twitter video Saturday (July 10) showing a roster of celebrities saying nice things. (As they didn’t label the celebrities, it’s also a fun test of pop culture to see how many of them can you recognize.)

Who will be looking up to the skies tomorrow? Join us in sending our mission specialists a message of good luck using #Unity22. https://t.co/5UalYT7Hjb pic.twitter.com/LAvNUfySQPJuly 11, 2021

“I’m going to be watching you guys make history,” said American singer-songwriter Janet Jackson in the video, who is one of the world’s best-selling artists in music.

“You’ve dreamt of it for most of your life,” added British actor Kate Winslet, whose generation of performances have earned her accolades including an Academy Award and four Golden Globe Awards. In 2012, media reports indicated Winslet received a comped ticket for a Virgin Galactic flight. “Go forth and conquer,” she added.

Also eager for the launch are are singer-songwriter Khalid — whose debut 2017 album “American Teen” received double platinum status from the Recording Industry Association of America — and comedian Stephen Colbert, who is a long-time space fan famous for promoting NASA initiatives on his shows (and who also once had an agency space treadmill named after him.) Colbert is hosting Virgin Galactic’s webcast of today’s launch, while Khalid will debut his new single “New Normal” after the launch.

Branson founded Virgin Galactic in 2004 to make a private spaceliner to fly paying passengers into space. Its current flagship, SpaceShipTwo VSS Unity, has a maximum capacity of eight people, including two pilots and six passengers. The company aims to begin launching customers in 2022, with tickets selling for $250,000 apiece.