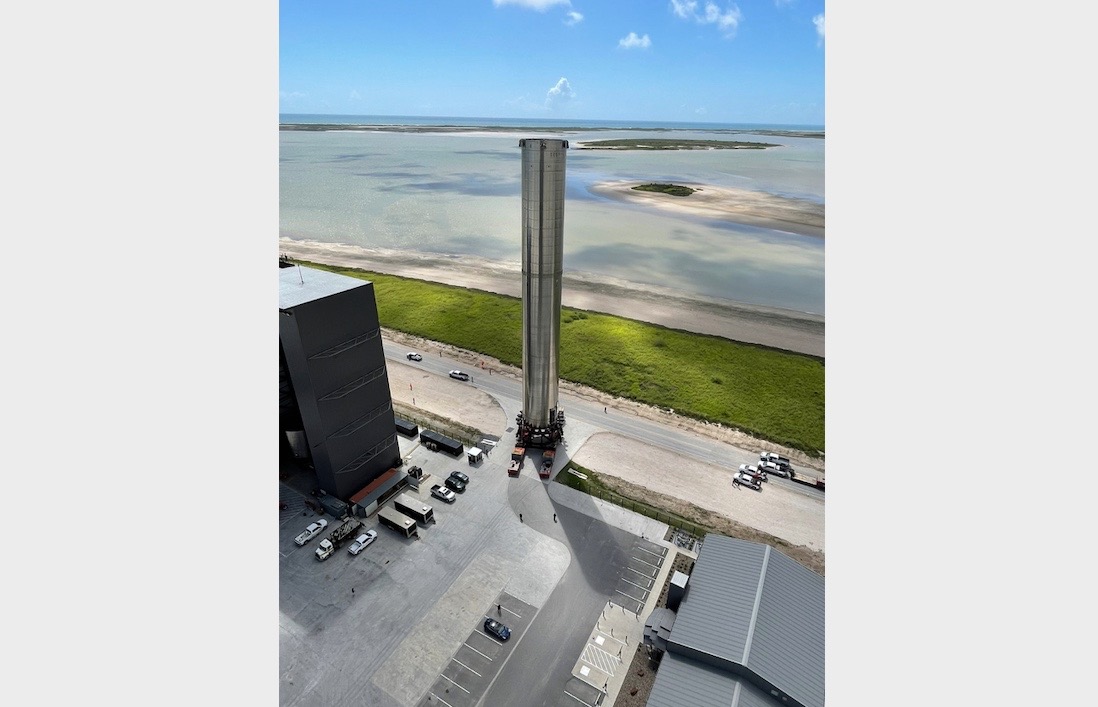 SpaceX is getting ready to test its giant new rocket for the first time.

The first true Super Heavy booster was rolled out of its high bay to a launch pad Thursday (July 1) at SpaceX’s Starbase site in South Texas.

The 230-foot-tall (70 meters) Super Heavy is the first stage of SpaceX’s fully reusable Starship transportation system, which the company is developing to help humanity colonize Mars, among other tasks. The upper stage is a 165-foot-tall (50 m) spacecraft called Starship, a prototype of which aced a 6.2-mile-high (10 kilometers) test flight in May.

This particular Super Heavy, known as Booster 3, will not fly, SpaceX founder and CEO Elon Musk said via Twitter Thursday. It will undergo ground tests intended to pave the way for its successor to launch on the first orbital test flight of the Starship system, which could occur as early as this summer.

That flight will launch from Starbase. If all goes according to plan, Booster 4 will splash down in the Gulf of Mexico, about 20 miles (32 km) off the South Texas coast. The Starship element, meanwhile, will power its way to Earth orbit and eventually come down in the Pacific Ocean, near the Hawaiian island of Kauai.

Additional test flights with other Super Heavy and Starship prototypes will likely follow in relatively quick succession. SpaceX tends to set ambitious milestones, and Musk has said that Starship could be fully up and running by 2023, if development and testing go well.