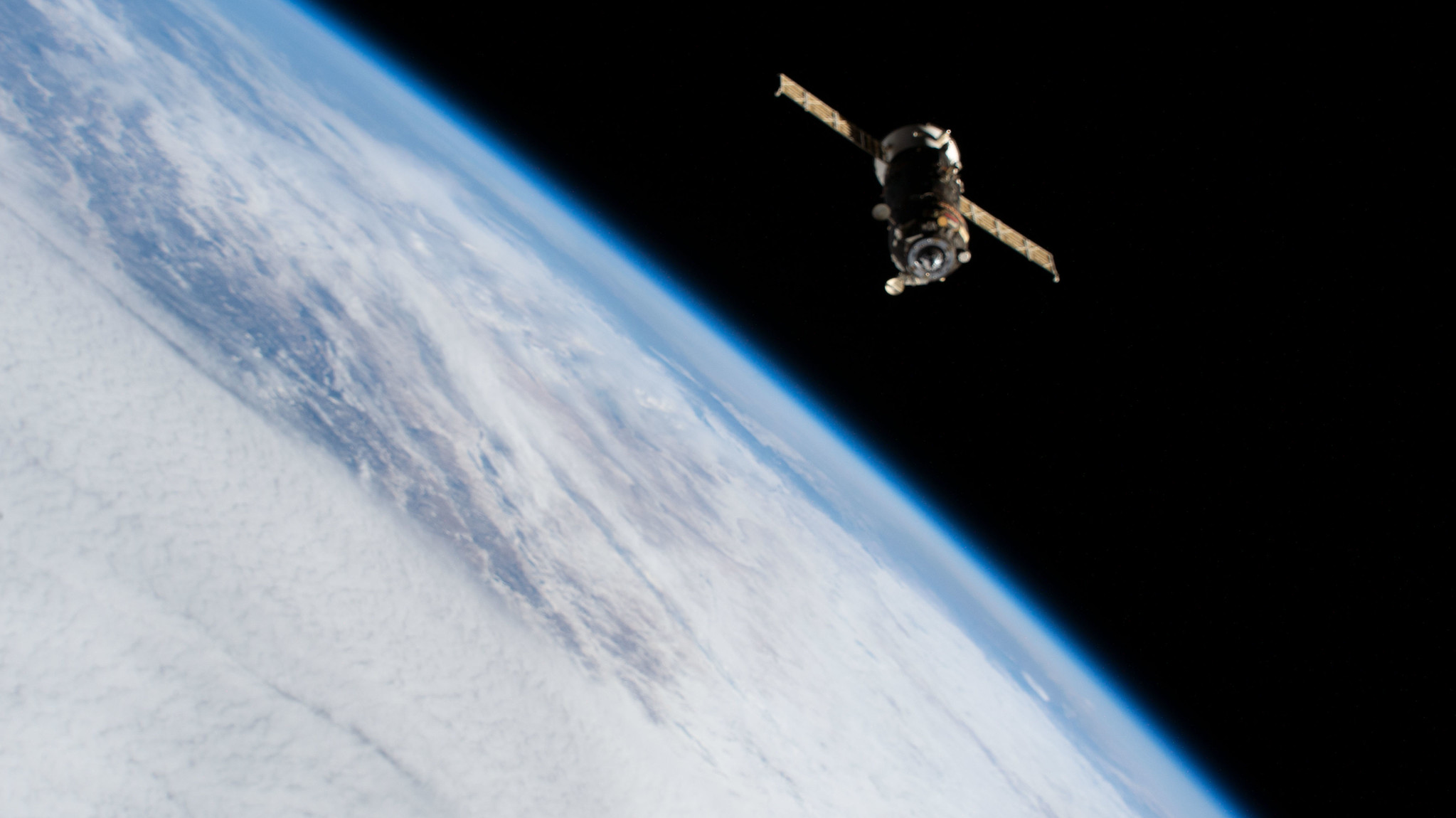 Russia’s Progress 78 cargo ship, which launched toward the International Space Station on Tuesday (June 29), will get dangerously close to one of SpaceX’s Starlink satellites and a Falcon 9 rocket fragment, according to a statement from the Russian space agency Roscosmos.

The Progress spacecraft, which carries about 3,600 lbs. (1,633 kilograms) of cargo including food, fuel and other supplies to the orbital outpost, launched from Roscomos’ Baikonur cosmodrome in Kazakhstan at 7:27 p.m. EDT (2327 GMT) on Tuesday (June 29). Progress 78 will approach the two objects about three and a half hours before its docking at the International Space Station, which is scheduled for 9:02 p.m. EDT on July 1 (0102 July 2 GMT).

The close approach, which triggered a potential collision alert, was detected by the Roscosmos TsNIIMash Main Information and Analytical Center of the Automated System for Warning of Hazardous Situations in Near-Earth Space (ASPOS OKP), Roscosmos said in the statement issued on the space agency’s website Wednesday (June 30) at 7:47 a.m. EDT (1147 GMT).

The Roscosmos press office told Space.com that ground control teams are continuing to monitor the situation but couldn’t provide any further details.

Space debris expert Jonathan McDowell, an astrophysicist at the Harvard-Smithsonian Center for Astrophysics, told Space.com the situation was by no means surprising.

“There’s a lot more stuff in that ‘just below the ISS’ altitude regime than there used to be thanks to Starlink,” McDowell said, adding he could not independently confirm the close approach, as Progress 78 is expected to carry out at least one orbit adjustment before the predicted encounter.

Starlink 1691, which launched in September 2020, was lowered out of the operational orbit at 340 miles (550 km) in April, McDowell said, and is apparently on its way to Earth’s atmosphere to burn up.

“It takes them several months to lower the orbit from 550 km to reentry,” McDowell said. “The Falcon 9 launch vehicle debris, I suspect, is one of the four Starlink tension rods jettisoned from the V1.0-L9 mission in August 2020. That launch used a higher parking orbit than usual, so the rods did not reenter quickly as they do on most Starlink launches.”

The growing number of satellites, spent rocket stages and pieces of space debris, which only multiply as orbiting objects collide and break apart over time, has been causing concern in the international space community for some time. On May 12, roboticists at the Canadian Space Agency spotted a small hole in the thermal blanket of the space station’s robotic arm. The functioning of the arm, which has been helping astronauts to service the station and manipulate large equipment since 2001, was not affected by the strike.

According to NASA, the International Space Station performs maneuvers to avoid space debris every year. In 2013, Canadian astronaut Chris Hadfield tweeted about a “bullet hole” discovered in one of the station’s solar panels, which was caused either by a micrometeorite or a piece of debris.