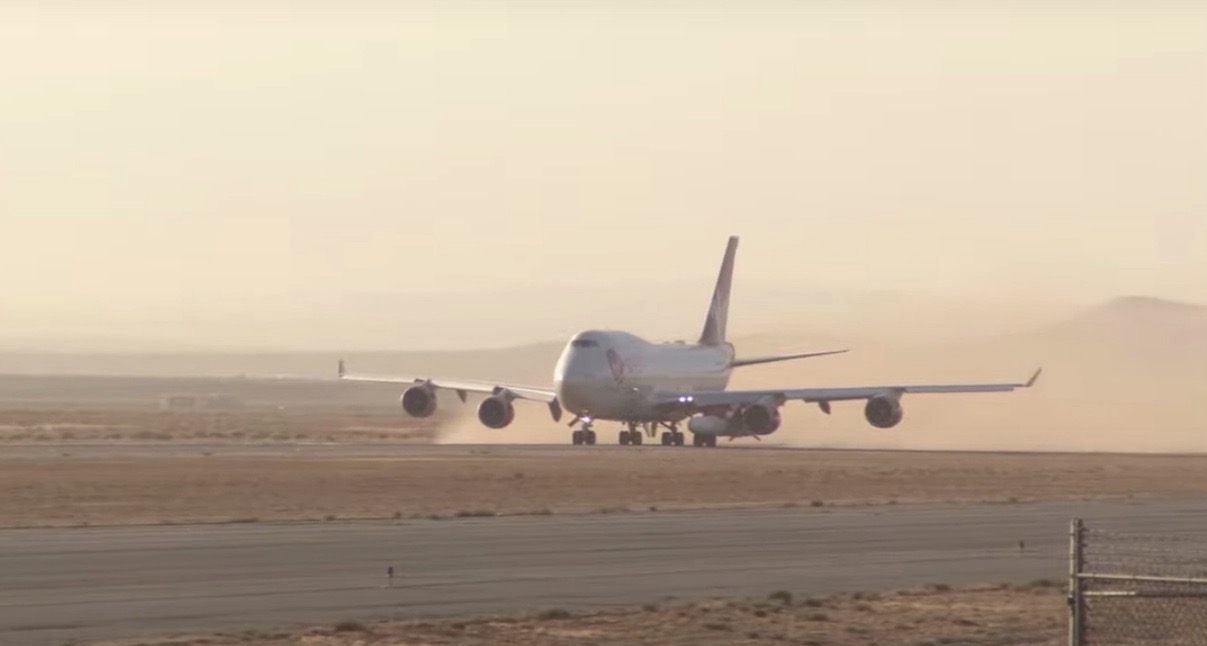 Virgin Orbit now has two successful launches under its belt.

At 10:47 a.m. EDT (1447 GMT; 7:47 a.m. local California time), Cosmic Girl dropped LauncherOne over the designated launch zone — a patch of the Pacific Ocean near the Channel Islands — and the rocket roared to life, carrying the spacecraft into the final frontier.

As of about an hour later, Virgin Orbit personnel said they were still waiting for data confirming the successful deployment of the mission’s satellites but that every aspect of the flight analyzed so far had been nominal.

(You’re probably familiar with this song, even if you don’t realize it: Its opening notes serve as the theme for the 1973 horror film “The Exorcist.”)

“Tubular Bells: Part One” was the third launch overall for Virgin Orbit and the 70-foot-long (21 meters) LauncherOne. The debut mission, a test flight in May 2020, failed to reach orbit after a fuel line ruptured in the rocket’s first-stage engine.

The second launch, also a demonstration mission, lifted off in January 2021. That one was a complete success, delivering to orbit 10 tiny cubesats that flew via NASA’s Educational Launch of Nanosatellites program.

“Tubular Bells: Part One” carried seven small cubesats for three different customers. Four of the payloads were developed by the Rapid Agile Launch Initiative, which is part of the U.S. Department of Defense’s Space Test Program.

Another cubesat that went up today, called BRIK II, is the first military satellite ever launched by the Royal Netherlands Air Force (RNLAF). BRIK II “will serve as a testbed for a variety of communications experiments and demonstrate how small satellites can make meaningful contributions to RNLAF’s ongoing operations,” Virgin Orbit representatives said via Twitter today.

Virgin Orbit aims to secure a sizable share of the growing small-satellite launch market with Cosmic Girl and LauncherOne, which is capable of delivering 1,100 lbs. (500 kilograms) of payload to orbit. The company says that its air-launch strategy makes it more flexible and responsive than providers that rely on traditional vertically launched rockets. (Another Virgin Group company, Virgin Galactic, uses air launch to get its tourist-carrying SpaceShipTwo vehicle to suborbital space.)

Virgin Orbit plans to conduct at least one more launch this year and then ramp up to six missions in 2022, company CEO Dan Hart told reporters during a telecon yesterday (June 29). All three of Virgin Orbit’s missions to date have originated from the Mojave Air and Space Port, as will spaceflight number four. But that should change soon, Hart added.

“We do have plans in place to fly from Guam and Cornwall [in England] next year as well,” he said. “So there’ll be some geographic diversity as well.”