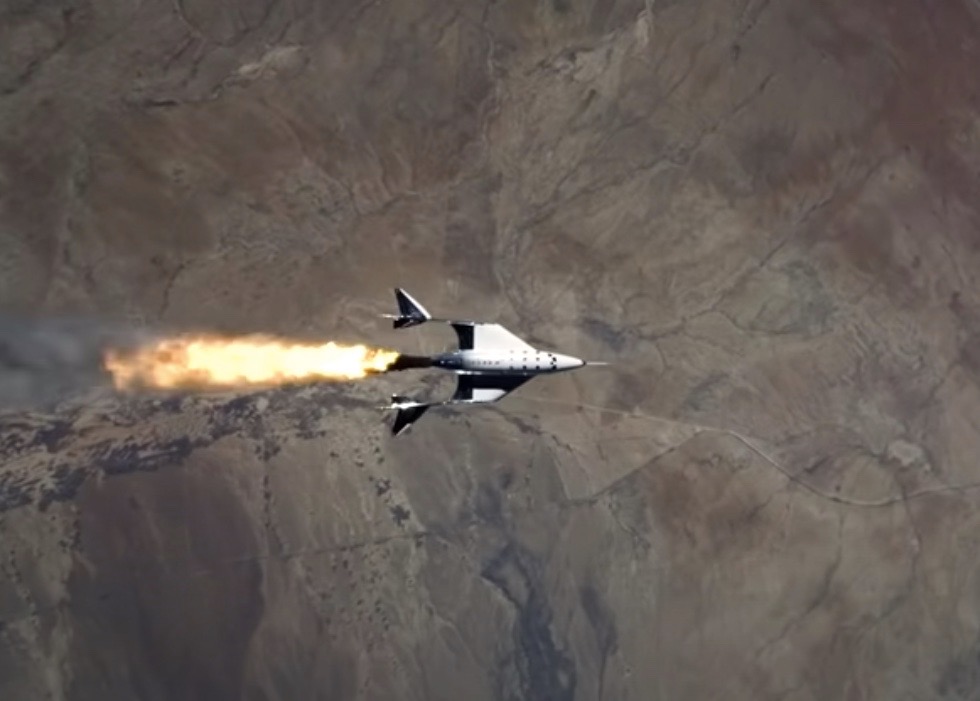 Virgin Galactic is one step closer to becoming a fully fledged spaceline.

Also today, Virgin Galactic confirmed that the most recent test flight of its suborbital VSS Unity space plane, which occurred on May 22, achieved all of its major objectives, keeping the company on track for a series of further test missions soon.

“The flight performed flawlessly, and the results demonstrate the safety and elegance of our flight system,” Virgin Galactic CEO Michael Colglazier said in a statement. “Today’s approval by the FAA of our full commercial launch license, in conjunction with the success of our May 22 test flight, give us confidence as we proceed toward our first fully crewed test flight this summer.”

The six-passenger, two-pilot VSS Unity — the latest incarnation of Virgin Galactic’s SpaceShipTwo vehicle to ply the skies — is carried aloft by a specially built airplane called WhiteKnightTwo. At an altitude of about 50,000 feet (15,000 meters), VSS Unity drops free, powers itself to suborbital space and comes back down for a runway landing on its own.

VSS Unity has performed three piloted test flights to suborbital space to date. The first two, in December 2018 and February 2019, lifted off from California’s Mojave Air and Space Port, near the facilities of The Spaceship Company, Virgin Galactic’s manufacturing subsidiary. Last month’s mission, however, took off from Spaceport America in New Mexico, the company’s commercial hub.

More test flights should be coming soon — three more, to be precise, which the company hopes to complete this summer or early fall. One of those test missions is expected to carry Richard Branson, the billionaire founder of the Virgin Group.

After the test campaign is done and all data from the flights has been analyzed, Virgin Galactic will presumably shift into commercial-operations mode, gearing up to fly paying customers. Those customers will experience a few minutes of weightlessness and get to see the curve of Earth against the blackness of space, for a (most recently stated) price of $250,000 per seat.

Virgin Galactic isn’t the only company offering rides to suborbital space. Jeff Bezos’ Blue Origin has developed a rocket-capsule system called New Shepard, which is scheduled to make its first human spaceflight on July 20. Among the people flying on that mission are Bezos, his brother Mark and an auction winner who paid $28 million for a seat alongside them. Blue Origin has not yet identified the person who placed the winning bid. (The company has not announced its normal ticket prices, but they will certainly be far less than $28 million.)