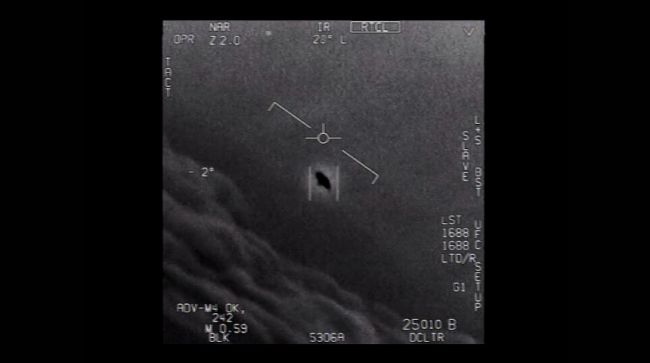 NASA is now on the perplexing UFO case.

NASA chief Bill Nelson, who assumed his post just last month, has asked agency researchers to look into the spate of UFO sightings that U.S. Navy pilots have reported over the past two decades, CNN reported.

“Now that I’m here at NASA, I’ve turned to our scientists and I’ve said, ‘Would you, looking at it from a scientific standpoint, see if you can determine [what these objects are], so that we can have a better idea?'” Nelson told CNN’s Rachel Crane in an interview that the network posted online Friday (June 4).

News of the UFO encounters broke in late 2017, when The New York Times and Politico reported that Navy pilots had repeatedly spotted strange objects performing maneuvers that were far more advanced than anything their own jets could do.

These stories also revealed that, in 2007, the U.S. Department of Defense created the Advanced Aerospace Threat Identification Program (AATIP) to investigate sightings of UFOs — or UAPs (“unidentified aerial phenomena”), as the military recently rebranded them. AATIP was officially phased out in 2012, but the Pentagon stood up a successor task force last summer.

And the drive to get to the bottom of the UFO mystery has continued to grow. In December 2020, Sen. Marco Rubio (R-Fla.) — at the time the chair of the Senate’s intelligence committee — asked the Pentagon and the U.S. director of national intelligence to deliver an unclassified report about the UFO sightings to Congress within six months.

“I want us to take it seriously and have a process to take it seriously,” Rubio told reporter Bill Whitaker during an interview that aired last month on the CBS news program “60 Minutes,” stressing that any unknown object spotted in U.S. airspace could be a threat to national security.

“I want us to have a process to analyze the data every time it comes in — that there be a place where this is cataloged and constantly analyzed until we get some answers,” Rubio added. “Maybe it has a very simple answer. Maybe it doesn’t.”

The six-month deadline is almost up. And we’ve already gotten a sneak peak at the investigation’s findings, thanks to The New York Times, which talked to sources familiar with it. We shouldn’t expect a blockbuster announcement, according to the Times story; its headline is “U.S. finds no evidence of alien technology in flying objects, but can’t rule it out, either.”