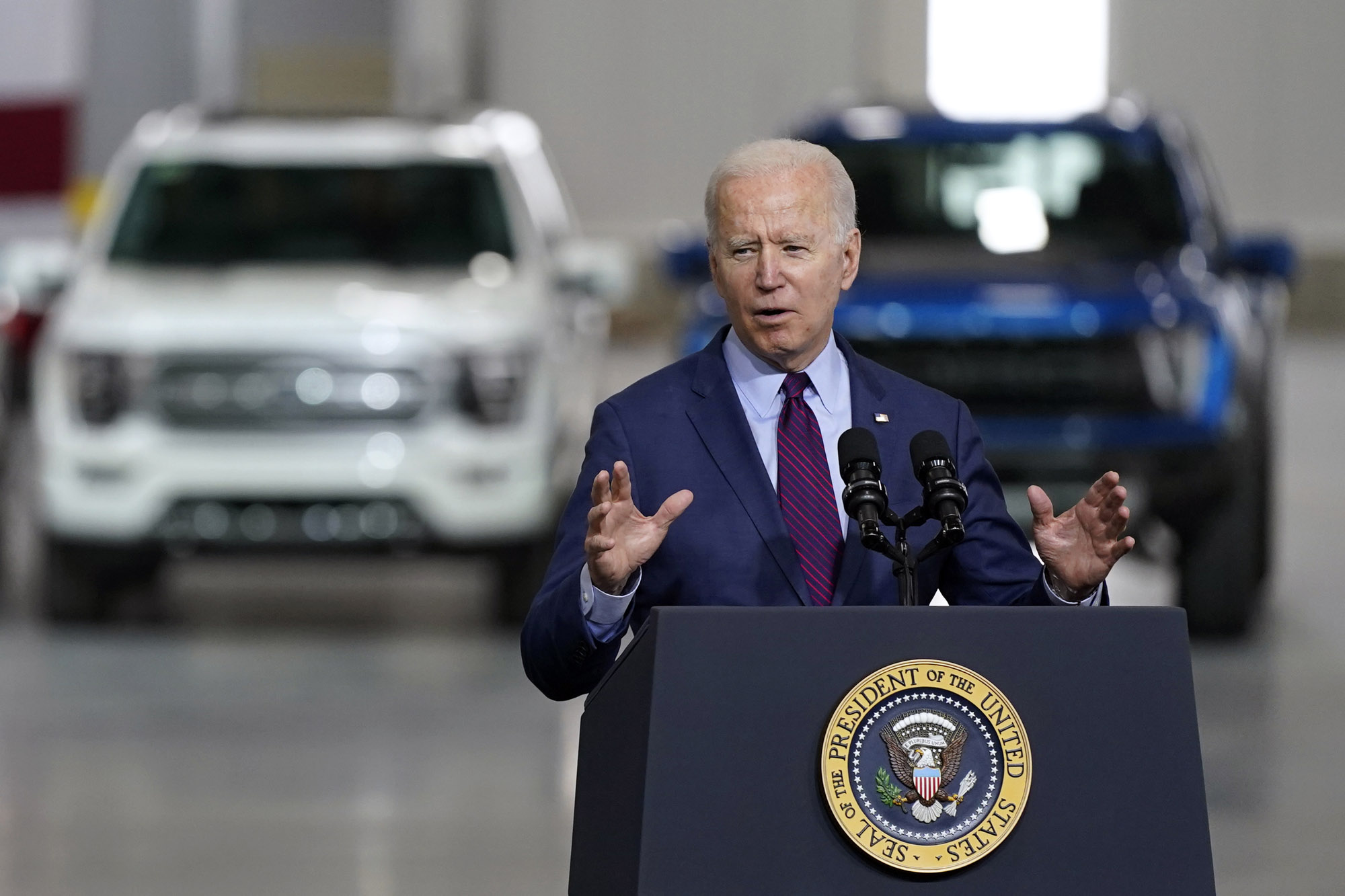 This article was originally published at The Conversation. The publication contributed the article to Space.com’s Expert Voices: Op-Ed & Insights.

President Joe Biden is calling for a more than 60% increase in spending to fight climate change in his first federal budget, with more than $US36 billion in climate-related investments spread across nearly every agency of the government.

That includes more than $10 billion in nondefense spending on clean energy innovation, among other investments in research and development.

How much of this proposal Congress agrees to fund will be crucial to the nation’s and the world’s ability to lower emissions. The total federal budget released on May 28, 2021, is about $6 trillion. Its climate-related spending is more than $14 billion higher than the previous year’s.

Biden’s vision of a cleaner future — with greenhouse gas emissions falling to net-zero by 2050 — won’t be possible without dramatically improved technology.

For example, right now there are no technologies ready to be deployed on a global scale to eliminate emissions from many essential agricultural and industrial activities. Three examples are animal agriculture, cement production and steel production, which together account for over a quarter of all global emissions.

My research career has been devoted to innovation policy, and I served on the White House staff under President Barack Obama. I’ve seen how smart public policies and savvy federal investments can help accelerate the innovation process.

There’s no question that the world is making progress on clean energy. Wind and solar power costs have fallen dramatically, allowing them to displace coal and natural gas in many locations to provide much cleaner electricity. Electric vehicles are becoming mainstream as well.

But as promising as these technologies are, they will still leave the world far short of net-zero emissions, even if they continue to develop rapidly.

The International Energy Agency, whose members include the world’s largest economies, developed a model to show how the world can get to net-zero emissions by 2050 while ensuring a basic standard of living for all people. The model incorporates more than 400 technologies and rates them by their current readiness level.

It found that almost half the emissions reductions between now and 2050 would come from technologies that are either still in the prototype phase or just being demonstrated. Another 40% would come from technologies that have recently entered the market and have not necessarily reached full cost parity with conventional resources. Most other energy and climate system modelers reach similar conclusions.

Innovation is particularly essential for the hard-to-decarbonize sectors. For example:

Cement, the world’s most widely used material, causes about 8% of global emissions. It is typically produced in kilns that are fired to very high temperatures with natural gas. It also undergoes a chemical reaction that releases carbon dioxide. Emerging solutions include capturing the carbon during production, shifting to low-carbon materials and inventing new processes altogether. But none of these options is ready yet to scale up to meet the challenge of dramatically reducing emissions at a reasonable cost.

Steel, which produces 7% of global emissions, has similar challenges and solutions, with particular emphasis on using hydrogen in the production process. In Sweden, for instance, the HYBRIT (Hydrogen Breakthrough Ironmaking Technology) demonstration plant will use hydrogen produced through electrolysis, which splits water into hydrogen and oxygen to avoid emissions. It’s still expensive, though. Production costs have been estimated to be 20%-30% higher than conventional methods.

Animal agriculture is the source of 12% or more of global emissions. Livestock and manure emit methane, a potent greenhouse gas. Fossil fuels and fertilizers are also used to grow feed crops, and forests may be destroyed to accommodate grazing. These challenges require a different set of solutions, which might include new practices for managing soil, changing livestock feed and inventing substitutes for conventional meat, along with reducing meat consumption.

Aviation — responsible for 2% of global emissions — requires high-powered engines to provide thrust over a short period of time. That energy demand is hard to meet with batteries compared to fuel combustion, especially for long-haul flights. While some entrepreneurs are pursuing electric planes, other possibilities for emissions-free flights could include making liquid fuels from biological sources or from hydrogen and captured carbon.

Putting it all together

The argument for innovation is not an argument against deployment of climate solutions that already work. Deployment spurs innovation. That’s how wind and solar became cheaper, and why electric vehicles are likely to follow suit as more of them get on the road.

But evidence shows that targeted policies will be essential to accelerate innovation in sectors that now lack them.

Companies will rarely try to solve climate challenges with their own money because the payoff is too distant and uncertain. Government regulation and charging companies a fee if they emit greenhouse gases may help close part of the innovation gap, but it is not a substitute for public investments in innovation.

Fuel taxes provide an analogy. They have for decades been much higher in Europe than in the United States. As a result, European car dealers offered smaller and more efficient cars than did their American counterparts. But until very recently, no European carmaker offered electric vehicles. It took focused policies, like Norway’s large government incentives, as well as the startup Tesla’s ingenuity — which was aided by U.S. federal and state policies — for the EV market to take off.

Things are looking up

At the recent global leaders’ summit on climate change, Biden also announced a revival of Mission Innovation, a global initiative set up in parallel with the Paris climate agreement to spark public and private investment.

Although climate policy is highly polarized in the United States, innovation receives widespread support. Large majorities from both parties endorse it in public opinion polls. So do organizations ranging from Green New Deal advocates to the tax- and regulation-averse U.S. Chamber of Commerce.

Innovation can be a slow, complex process, as the decades-long story of renewable energy development shows. It’s now up to Congress to pass a budget that will move climate innovation faster. The increasing impact of rising temperatures shows there is no time to waste.

This article is republished from The Conversation under a Creative Commons license. Read the original article.

Follow all of the Expert Voices issues and debates — and become part of the discussion — on Facebook and Twitter. The views expressed are those of the author and do not necessarily reflect the views of the publisher.