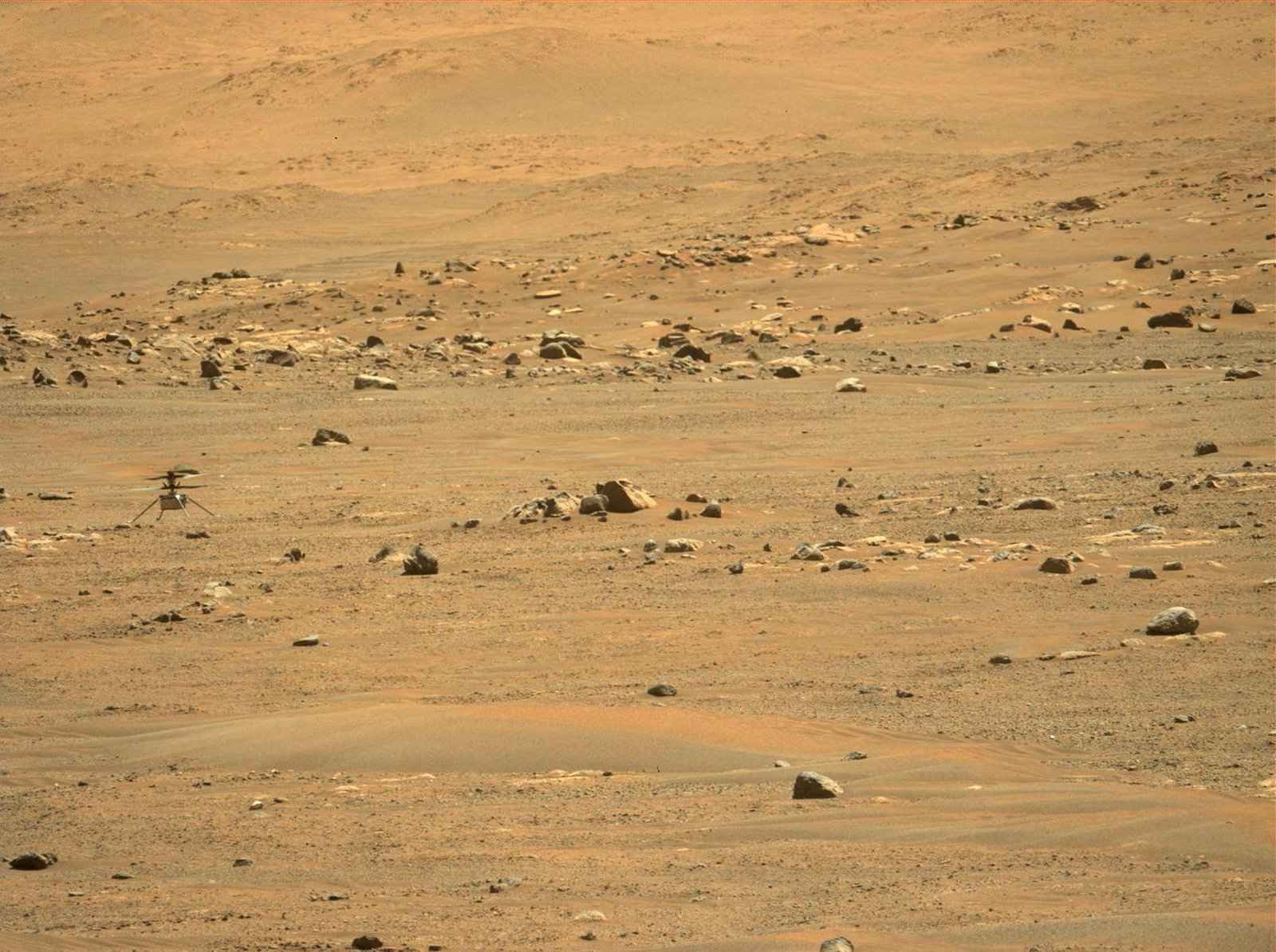 The Ingenuity team is preparing the little chopper for its sixth Red Planet flight, which is expected to take  place in the next week. The coming sortie will be the first for Ingenuity during its extended-mission phase, which focuses on showcasing the potential of rotorcraft to serve as scouts for rovers and human explorers.

“Ingenuity’s flight plan begins with the helicopter ascending to 33 feet (10 meters), then heading southwest for about 492 feet (150 meters),” officials at NASA’s Jet Propulsion Laboratory (JPL) in Southern California, which manages Ingenuity’s mission, wrote in an update Wednesday (May 19).

“When it achieves that distance, the rotorcraft will begin acquiring color imagery of an area of interest as it translates to the south about 50-66 feet (15-20 meters),” they added. “Stereo imagery of the sand ripples and outcrops of bright rocks at the site will help demonstrate the value of an aerial perspective for future missions. After completing its image collection, Ingenuity will fly about 164 feet (50 meters) northeast, where it will touch down at its new base of operations (known as ‘Field C’).”

Ingenuity is expected to reach a top speed of 9 mph (15 kph) and stay aloft for 140 seconds, according to the update. Both of those would be new records for the 4-lb. (1.8 kilograms) helicopter, topping the 8 mph (13 kph) and 117 seconds achieved on flight number four.

Ingenuity landed with NASA’s car-sized Perseverance rover on the floor of Mars’ Jezero Crater on Feb. 18. The chopper deployed from Perseverance’s belly six weeks later, kicking off a monthlong flight campaign designed to demonstrate that powered flight is possible on Mars.

Ingenuity did that and more, acing a series of five increasingly complex sorties, the most recent of which occurred on May 7. The solar-powered chopper did so well, and remains in such good health, that NASA granted the mission extension, which comes with a new set of objectives.

Perseverance supported and documented the first five flights, serving as both communications relay station and videographer. But the big rover is now starting to focus on its own science work, which centers on the search for signs of ancient Mars life and the collection of samples for future return to Earth.  So it won’t capture any imagery of flight number six, JPL officials wrote in the update.