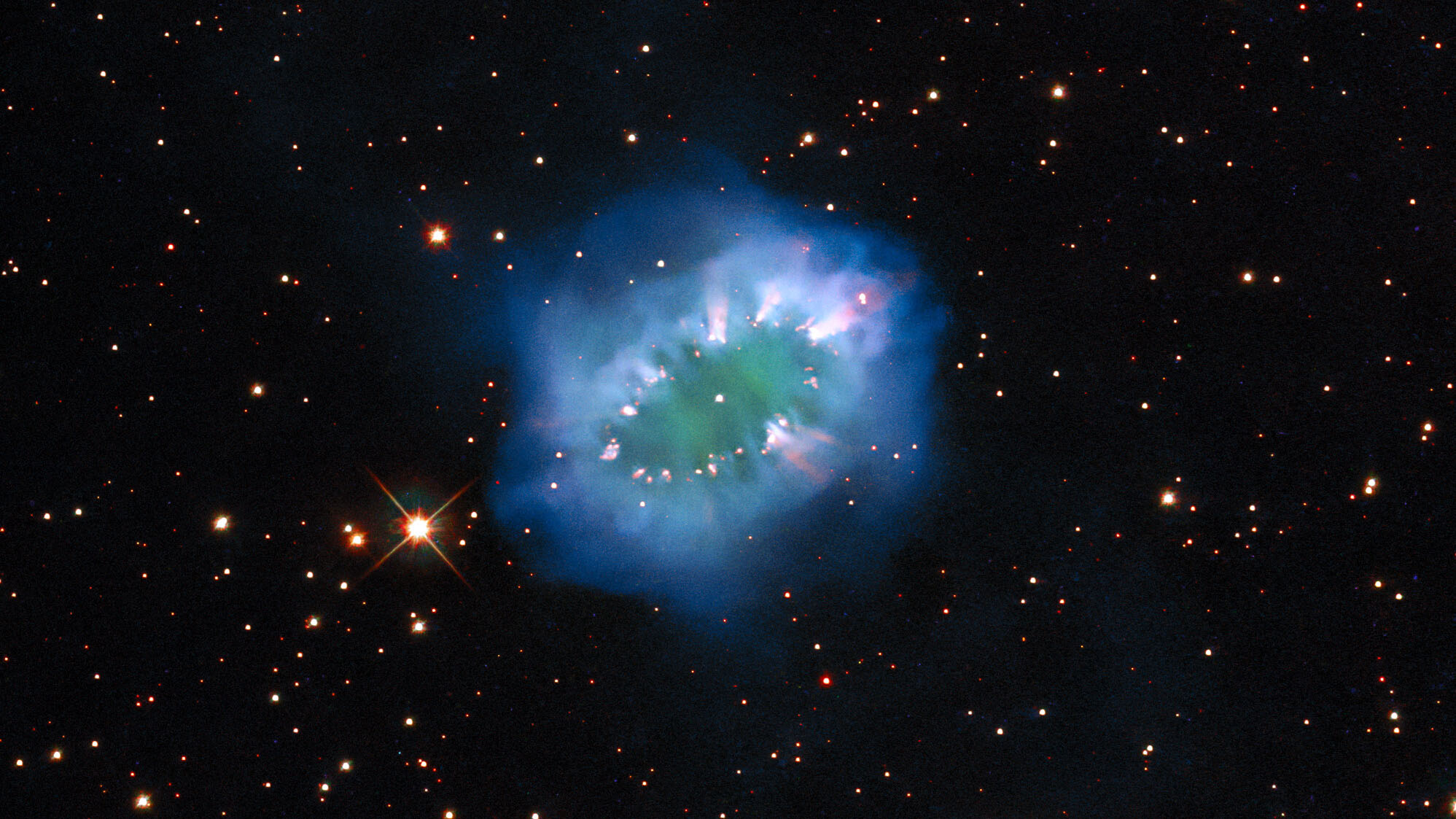 Two stars, bound together in orbital matrimony, are slowly ripping each other apart. And, like many relationship squabbles, this stellar spat ends with jewelry.

Meet the Necklace Nebula (known less sexily as PN G054.203.4). This planetary nebula is located about 15,000 light-years from Earth, inside the Sagitta constellation in the northern sky. To telescopes like NASA’s Hubble, the nebula looks like an emerald oval, ringed with sparkling clusters of jewel-like gas. A pair of binary stars forms a bright speck at the center.

That speck looks like a single star, but it’s no bachelor; about 10,000 years ago, the star grew so large that its outermost layer of gas actually swallowed up a smaller companion star, according to a NASA statement. That smaller companion star is still orbiting inside its larger partner’s gassy sheath, known as a common envelope. Ah, romance!

Related: The 12 strangest objects in the universe

That runaway gas escaped in an oval shape, gushing outward for trillions of miles in every direction — thus creating the necklace shape we can see so vividly in the above Hubble image. As for the sparkling jewels running along the outside of the ring? These are just areas where the stellar gas bunched up into particularly dense clusters, according to NASA.

For now, the two stars at the center of the nebula will continue their mad ballroom dance around each other, completing a full orbit in a little more than an Earth day, according to NASA. But their end is uncertain. Many binary couples end their relationships with immense supernova explosions. Even the brightest jewels dim eventually.