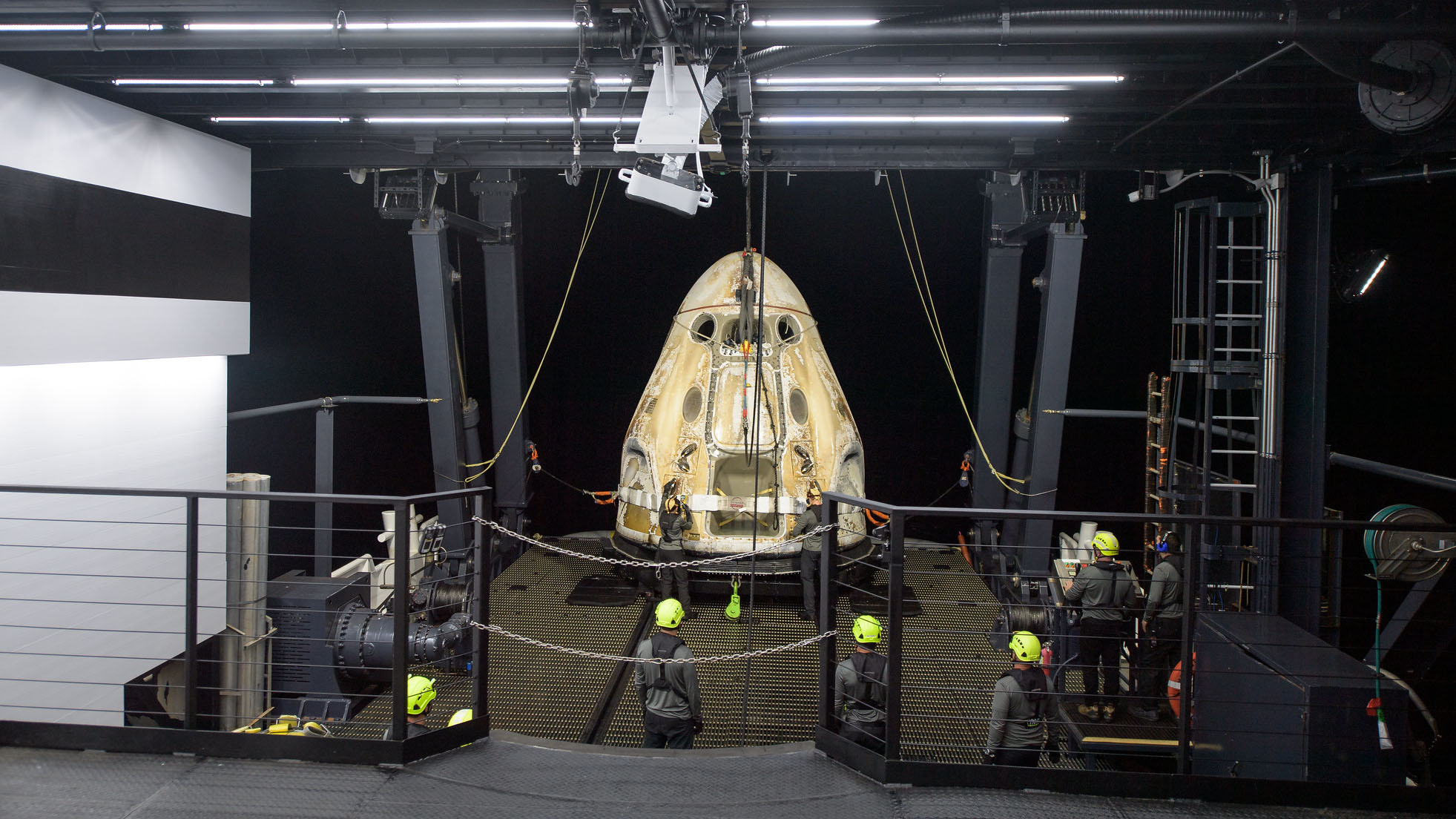 The SpaceX Dragon spacecraft Resilience may have just returned to Earth, but it already has a new mission: to carry the first private astronaut flight for SpaceX.

After completing a 167-day stay at the International Space Station (ISS), Resilience splashed down in the Gulf of Mexico on Sunday morning (May 2). Safely strapped inside were four astronauts: NASA’s Mike Hopkins, Victor Glover, and Shannon Walker, as well as Soichi Noguchi of the Japan Aerospace Exploration Agency (JAXA).

SpaceX recovery teams pulled the Dragon out of the water shortly after splashdown, securing it to one of the company’s recovery vessels, GO Navigator. Once the crew was unloaded, the ship began the trek back to Port Canaveral. From there the team will begin the process of preparing Dragon for its next mission.

This time, instead of a crew of professionally trained astronauts, Resilience will carry a crew of four private citizens into space. It will not return to the ISS, but instead, carry its passengers on a three-day trip around the planet. The launch is targeted for Sept. 15.

Haley Arceneaux, Chris Sembroski and Sian Proctor will launch alongside billionaire Jared Isaacman, who funded the mission called Inspiration4. Isaacman’s goal was to not just fulfill his dream of flying in space, but to send a message that inspiration can create a world of infinite possibilities up in the stars, but also here on Earth.

He did so by organizing a contest that was quite literally out of this world. As part of an effort to raise $250 million for St. Jude’s Children Research Hospital, Isaacman put two seats on the Dragon up for grabs as part of a contest. One winner was chosen randomly as part of a donation campaign, while the other seat was chosen as part of a fundraising campaign.

Arceneaux, who is a cancer survivor turned physicians assistant and now works for the very organization that helped her as a child, St. Jude, was chosen as the fourth participant.

Resilience will need some work before it blasts off into space again, in particular, it will be receiving a new piece of hardware: a domed window that will be installed where the docking adapter would be. The window will provide 360-degree views of the planet (as well as space) to the crew on board.

Those modifications will occur in the coming weeks, with the launch set for sometime in mid-September. Inspiration4 will launch atop the same Falcon 9 booster that launched the Crew-2 mission on April 23, blasting off from Pad 39A at NASA’s Kennedy Space Center.