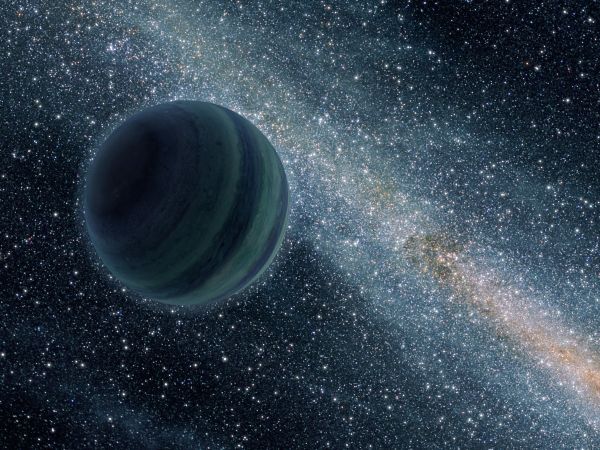 Large gaseous exoplanets could be filled with self-destructing dark matter. And now, a team of researchers has proposed using the soon-to-be-launched James Webb Space Telescope to scan distant behemoths in the galaxy for potential heating effects that could arise from the mysterious substance, which outweighs regular matter by almost 6 to 1 in the universe.

Physicists know dark matter exists because it tugs gravitationally on stars and galaxies. But, so far, the invisible material has foiled every attempt to better understand its properties.

Many theories of dark matter propose that it is made of individual particles and that these particles can sometimes hit one another as well as regular matter particles, Juri Smirnov, an astroparticle physicist at The Ohio State University, told Live Science. According to these models, two dark matter particles might also smash together and annihilate each other, generating heat, he added.

If those assumptions are true, dark matter particles should occasionally crash into large objects such as exoplanets, causing the particles to lose energy and accumulate inside those worlds. There, they could annihilate each other and produce a measurable heat signal that’s visible from far away, Smirnov said.

Along with his colleague Rebecca Leane, a postdoctoral researcher at SLAC National Accelerator Laboratory in Menlo Park, California, Smirnov has suggested using the space-based Webb telescope, which will scan the skies in the infrared part of the electromagnetic spectrum, to look for this characteristic heat signature.

Larger exoplanets would accumulate more dark matter, so the best candidates for such searches would be gas giants bigger than Jupiter, or brown dwarfs — enormous worlds that nearly became stars but failed to gather enough gas to ignite nuclear fusion in their cores, the researchers wrote in a paper published April 22 in the journal Physical Review Letters.

Determining that the heat is coming from dark matter annihilation and not some other process would be tricky, so Smirnov and Leane propose looking for exoplanets that have been flung away from their parent star and are quite old, meaning they will have cooled to very low temperatures. If such an object were glowing abnormally bright in the infrared, it could indicate the presence of dark matter.

But an even more reliable method would be to search for large numbers of exoplanets throughout the Milky Way and make a map of their temperatures, Smirnov said. Dark matter is expected to pile up in the galactic center, so this map should show exoplanet temperatures rising slightly as you look closer to the Milky Way’s core.

No known astrophysical activity could account for such a signature. “If we see that, it has to be dark matter,” Smirnov said.

Capturing such a signal could help physicists determine the mass of dark matter particles and the rate at which they interact with regular matter. Since Webb, which is expected to be launched in October, will already be looking at exoplanets throughout the galaxy, Smirnov thinks the map of dark matter’s potential heat signature could be made within four to five years.

“It’s a neat idea,” Bruce Macintosh, an astronomer who studies exoplanets at Stanford University in California and was not involved in the work, told Live Science. Researchers have built enormous underground detectors on Earth to try capturing dark matter particles, but “there’s a limit to how big a detector you can build as a human being,” he added.

“We should take advantage of the big things nature provides,” Macintosh said.

His one quibble with the study was that Webb — which will do targeted, in-depth studies of relatively few objects — might not be the best telescope for the job. The Nancy Grace Roman Space Telescope, which should launch in the mid-2020s, will map the entire sky in exquisite detail and might be better suited for this task, he added.