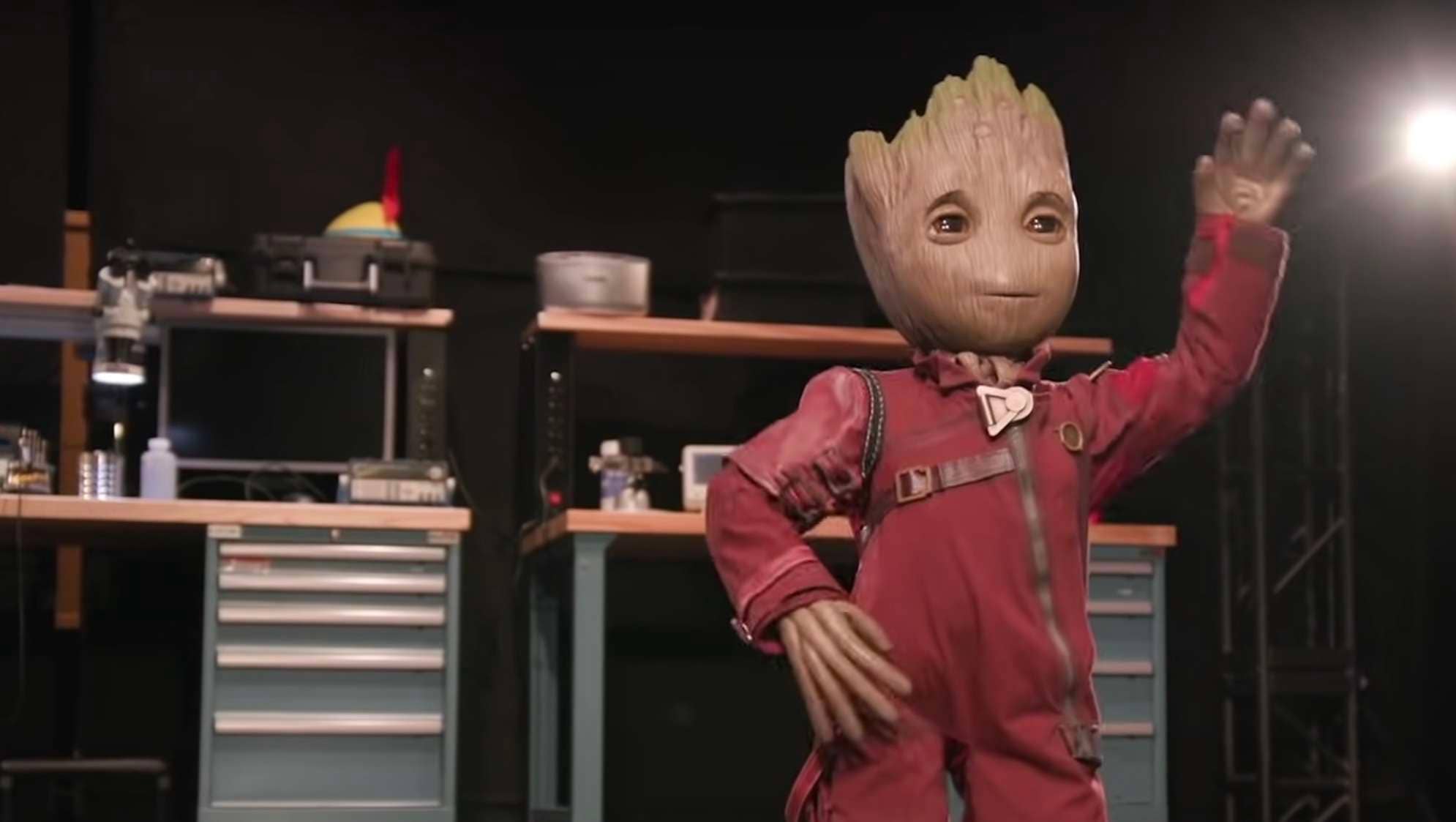 “Baby Groot,” the feisty little twig from Marvel Studios’ space opera sequal “Guardians of the Galaxy: Vol. 2’s” stole the spotlight with its absolute cosmic cuteness. Now,  the wizards at Disney Imagineering have concocted a robotic version of the miniature tree creature.

In a new video, the imagineers at Disney demonstrate the robot’s epic dance skills that many know from the intro to the 2017 film. The robot, which comes from Project Kiwi in the imagineering department, reveals the imagineers’ incredible animatronic and its evolving development process from 2018 to 2021. Baby Groot (the robot) is designed to become a free-roaming actor in Disney theme parks around the world.

Check out the new video of Baby Groot for yourself!

In the video, you can watch as Baby Groot sprouts from a pair of bare robotic legs, into a headless tethered torso and, finally, a toddling tyke waving and smiling and dancing as the alien toddler that Marvel Cinematic Universe fans have become so attached to.

“Project Kiwi started about three years ago to figure out how we can bring our smaller characters to life at their actual scale in authentic ways,” Project Kiwi’s R&D Imagineer Principal Scott LaValley told TechCrunch. “It’s an exciting time for bipedal robotics and with an incredible team and our combination of technology, artistry and magic, we are bringing characters to life that could not have happened anywhere but Disney.”

There’s no timeline as to when Disney’s audio-animatronic Baby Groot might be seen out in the wild, but we can’t wait to see it walking around Galaxy’s Edge!