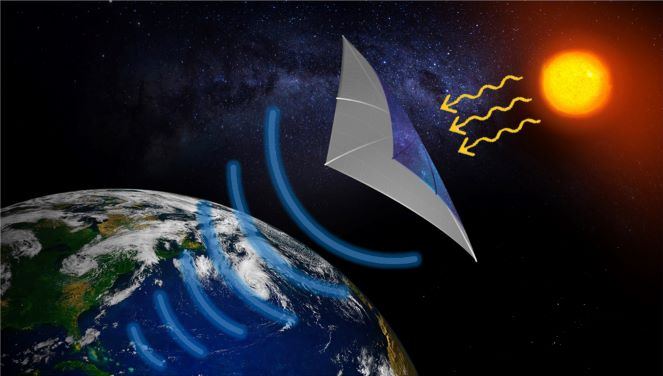 Space-based solar power won’t be just a sci-fi dream forever, if things go according to the U.S. Air Force’s plans.

The Air Force Research Laboratory (AFRL) is developing a project called SSPIDR (“Space Solar Power Incremental Demonstrations and Research”), which aims to mature the technology needed to harvest solar energy in space and beam it down for use on Earth.

Such a capability would be a big advantage on the battlefield, Air Force officials said.

Related: The most dangerous space weapons of all time

“Ensuring that a forward operating base maintains reliable power is one of the most dangerous parts of military ground operations. Convoys and supply lines are a major target for adversaries,” states the narrator of a new AFRL video about SSPIDR.

“Ground-based solar, while seemingly an attractive solution, is limited by area, the size of collectors required and climate,” the narrator adds. “But if the solar panels were in orbit, they could have unfettered access to the sun’s rays, providing an uninterrupted supply of energy.”

The AFRL envisions sunlight-harvesting satellites equipped with innovative “sandwich tiles,” which will convert solar energy into radio frequency (RF) power and beam it to Earth. Down here, receiving antennas will transform that RF energy into usable power.

The AFRL won’t build such an operational system, but it hopes to pave the way toward it with SSPIDR, a series of ground and flight experiments that help mature the required technologies.

For example, one SSPIDR experiment, known as Arachne, will test power conversion and beaming in space using a sandwich tile built by project partner Northrop Grumman. Arachne is scheduled to launch to Earth orbit in 2024.

SSPIDR also includes experiments called SPINDLE and SPIRRAL, which will demonstrate the orbital deployment of a scaled-down version of a power-beaming satellite and test ways to keep satellite temperatures in a manageable range, respectively.

And there’s already some space solar power research going on over our heads. The Photovoltaic Radio-frequency Antenna Module Flight Experiment, or PRAM-FX, launched aboard the U.S. Space Force’s robotic X-37B space plane in May 2020.

PRAM-FX isn’t beaming power down to Earth, but it is helping researchers gauge the efficiency of sandwich tiles’ sunlight-to-RF conversion. And the early returns are promising, a recent study showed.