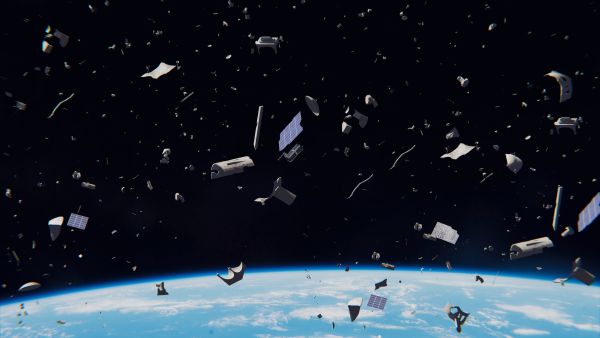 Telescope operators figured out years ago how to make the stars stop twinkling. Now, a team of Australian scientists wants to use the same technology to track space junk and blast it out of space.

The problem is Earth’s atmosphere: It’s uneven and distorts light passing from space to Earth, and Earth to space. That’s a problem, because the nice twinkly effect Earth’s atmosphere gives stars makes it difficult for ground-based telescopes to accurately observe the heavens. It’s also a problem for efforts to lower the risk of space junk, which threatens satellites and crewed spaceflight, as Live Science previously reported. Ground-based stations use lasers to track individual pieces of space debris, but those lasers get distorted by the same atmospheric effects that make stars twinkle. Now, researchers want to use “adaptive optics,” a technology that enables telescopes to de-twinkle the stars, to improve those laser systems.

“Without adaptive optics, a telescope sees an object in space like a blob of light,” Australian National University scientist and lead researcher on this project Celine D’Orgeville said in a statement. “But with adaptive optics, these objects become easier to see and their images become a lot sharper.”

Essentially, adaptive optics cuts through the distortion in our atmosphere, making sure we can clearly see the incredible images our powerful telescopes capture.

Related: Here’s every spaceship that’s ever carried an astronaut into orbit

Adaptive optics work in telescopes by projecting an artificial star onto the sky using a laser of visible light. The system knows what the laser star should look like, so  the system can actively determine how the atmosphere is distorting light. It then uses that information to correct the image the telescope is capturing, back-calculating what the light looked like before the atmosphere smeared it.

The researchers built a version of this laser for space junk tracking. It’s mounted on an Australian telescope used to image and track space junk, and it can help fine-tune and guide a laser used to take precise measurements of that junk.

Down the road, researchers have plans to use lasers like that to move space junk around or even push it out of orbit. The adaptive optics technology, the researchers said, could aid in that effort. In the short-term, they have plans to sell it through a private company to firms interested in tracking space junk.