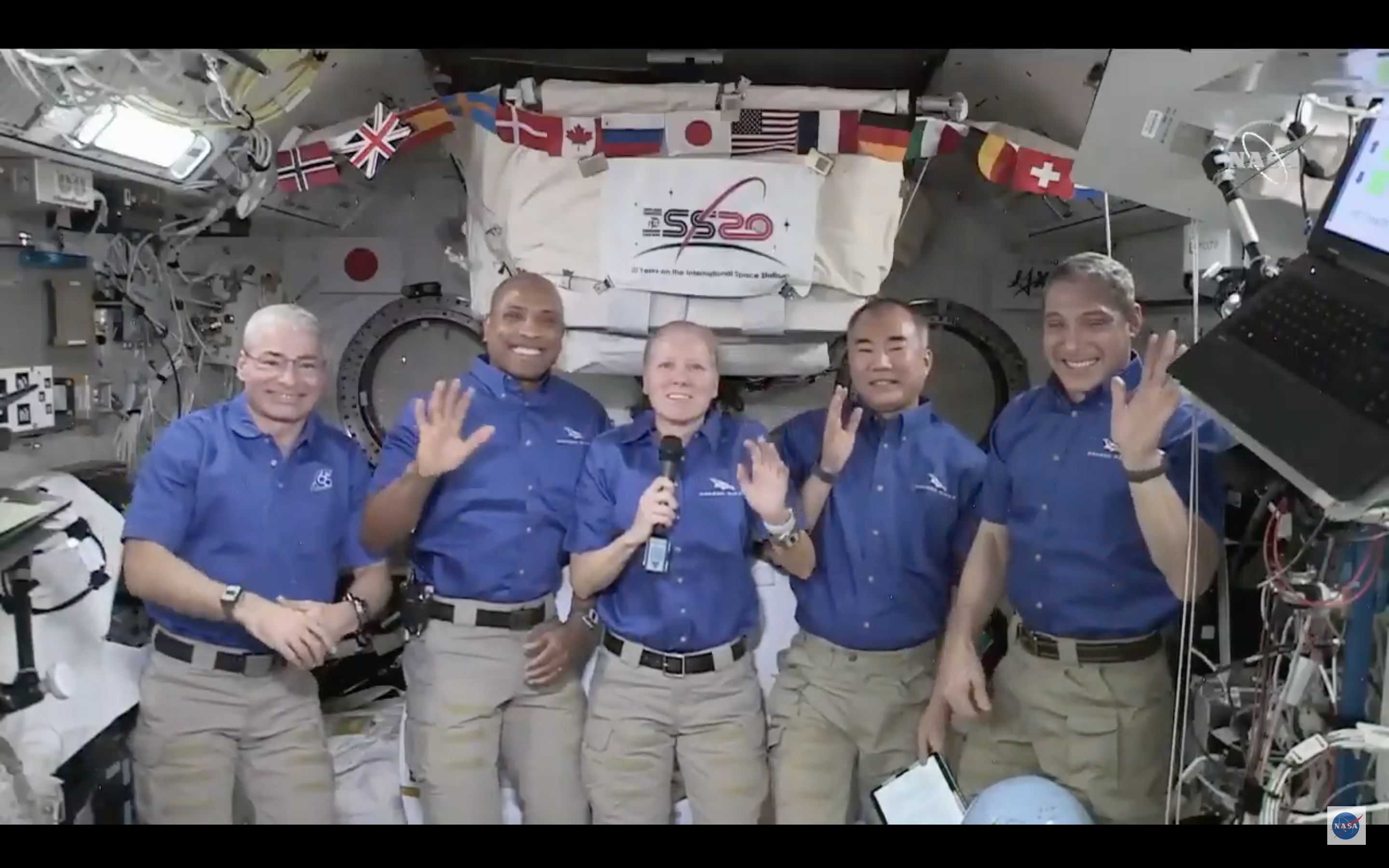 This Earth Day (April 22), NASA scientists, astronauts and even Grammy-nominated pop sensation Shawn Mendes teamed up to remind us how planet Earth connects us all.

Earth Day can serve as a powerful reminder of just how incredible and precious this “beautiful rock we call home” really is, NASA astronaut Mark Vande Hei said today on a call with other members of the crew aboard the International Space Station and Mendes. The musician shared questions about Earth and space submitted by kids around the world for the astronauts, who included NASA’s Shannon Walker, Mike Hopkins, Victor Glover and Vande Hei and Japanese spaceflyer Soichi Noguchi, to answer.

“Seeing Earth from here is quite spectacular,” Glover said to Mendes, “and it also makes me realize how important it is that we do all that we can to take care of it.”

Glover and the rest of the crew went on to answer kids’ Earth Day questions, which ranged from “How can students contribute to environmental protection?” to “Are there unicorns in space?”

Though NASA might be most known for things like the Apollo moon landings, the space shuttle missions and discoveries in fields like astrophysics, the space agency is also a major player when it comes to Earth sciences and climate change. This is no big surprise as Earth is, after all, a planet in space. And, as Karen St. Germain, Director of the Earth Science Division

At NASA Headquarters, told Space.com in an interview on Earth Day, space actually helps scientists to understand Earth much better.

“When we want to understand what’s happening around us, we naturally go up,” St. Germain said. “We’ll go to the top floor of a building and look, we’ll climb a hill and look. [And] well, space is the ultimate high ground. It’s a great vantage point for looking back at our Earth, our home planet, and really understanding how it works.”

“And of course,” she added, “NASA is our civil space agency that builds satellites.” In fact, many of NASA’s satellites monitor Earth, imaging and studying everything from oceans to the atmosphere. Data from these satellites is vital for the continued study of climate change.

She added that ongoing science investigations on the International Space Station are also a major reason why doing science in space can help us here on Earth.

“The space station is a great platform for looking back at ourEarth. And we’ve got a suite of instruments on board that are measuring all kinds of things,” she said, giving examples like the space station instrument ECOSTRESS (The ECOsystem Spaceborne Thermal Radiometer Experiment on Space Station), which measures even small changes in the temperature of vegetation on Earth. That “can tell us how stressed that vegetation is; it can tell us how efficiently it’s using water to cool itself,” she said.

She also mentioned ongoing investigations that allow scientists to study changes in tree canopies from space, which can reveal quite a bit about forest systems and carbon dioxide levels.

“We even have an instrument that looks outward at the sun and measures the incoming energy, which is, of course, the source of the warming of our planet,” St. Germain added.

Four astronauts will be participating in such research soon, as they launch tomorrow (April 23) aboard SpaceX’s Crew Dragon spacecraft from NASA’s Kennedy Space Center as part of SpaceX’s Crew-2 mission to the space station.

This is the 51st year that Earth Day festivities take place, as the holiday was created and celebrated for the first time on April 22, 1970. NASA is celebrating the planetary holiday this year with a variety of programs and resources. In addition to the live call between Mendes and the space station crew, the agency also hosted a virtual Earth Day event that began yesterday (April 21) and will extend through Saturday (April 24).

You can access the event, which includes virtual activities, kid-friendly learning games and downloadable resources (all of the content is in English, but some is available in Spanish.) You can find this free event here.

“NASA has got a lot of resources that folks can use to really start to understand how the climate is changing,” St. Germain said.

“The more informed we are as citizens, the better choices we make about how we want our future to play out,” she said, adding that people at home looking for more resources can do so here at NASA.