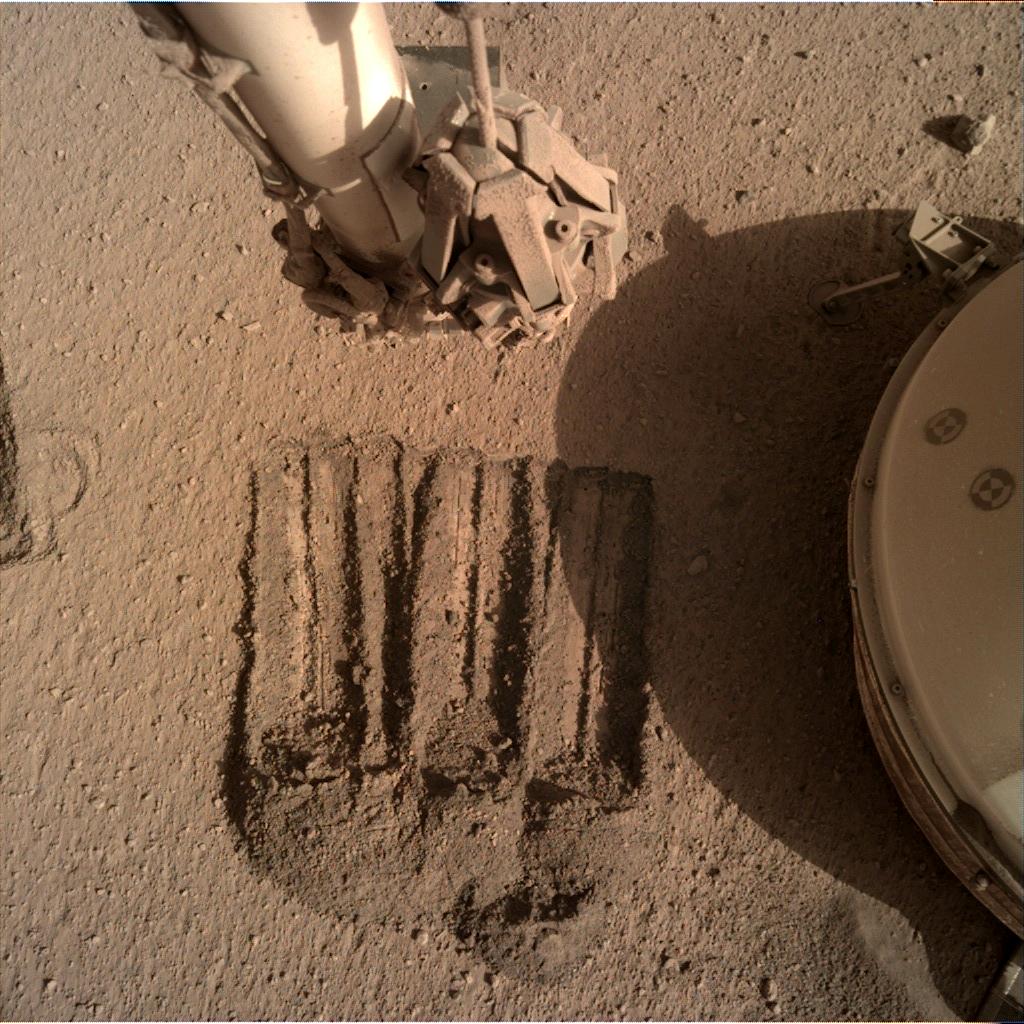 NASA’s InSight lander on Mars has detected two more crisp quakes on the Red Planet, both stemming from the same region where the mission’s previous best observations originated.

The robotic geophysicist landed on Mars in November 2018 and, after a few months of preparation, its seismometer began feeling for so-called “marsquakes.” The mission identified more than 500 quakes in its first Martian year but lately, heavy winds have prevented the clear signal that scientists need to detect small rumbles in the Red Planet. Now, the weather has turned and in March, mission personnel detected two quakes stronger than magnitude 3.0.

“It’s wonderful to once again observe marsquakes after a long period of recording wind noise,” John Clinton, a seismologist who leads InSight’s Marsquake Service at ETH Zurich, said in a statement. “One Martian year on, we are now much faster at characterizing seismic activity on the Red Planet.”

The two new marsquakes, which InSight detected on March 7 and March 18, both occurred in a region called Cerberus Fossae. That’s the same area where the two biggest quakes InSight detected in  its first Martian year also took place, suggesting that the area is particularly active, seismically speaking.

Scientists are particularly intrigued because the four quakes also appear to match geophysically speaking, according to NASA. “Over the course of the mission, we’ve seen two different types of marsquakes: one that is more ‘moon-like’ and the other, more ‘Earth-like,'” Taichi Kawamura, a seismologist at France’s Institut de Physique du Globe de Paris, said in the statement. “Interestingly … all four of these larger quakes, which come from Cerberus Fossae, are ‘Earth-like.'”

Meanwhile, the lander is also working on a task that scientists hope will sharpen marsquake observations as the mission continues for another Mars year (which lasts about 687 Earth days). Mission personnel suspect that the vast temperature changes between day and night on Mars may be creating “popping sounds and spikes” in the seismometer’s data as the cable connecting the instrument to the main lander expands and contracts.

To try to buffer the cable from these changes, the InSight team is using the lander’s robotic arm to scoop Martian soil onto the cable.

However, NASA warns that it’s a tricky time for the lander, which is powered by solar panels. The worst of the planet’s harsh dust-storm season is over, but InSight’s lily-pad panels are still covered in dust, despite strong winds in the area. At the same time, the Red Planet is drifting away from the sun along its elliptical orbit, reducing power production. And it’s winter by the lander, which means that cold temperatures threaten the robot’s electronics.

Given the conditions, the mission team expects to need to briefly put the lander and its instruments into hibernation mode later this spring to manage those energy shortages. In July, the orbit of Mars will begin to carry it back toward the sun and reduce the strain on InSight’s systems.