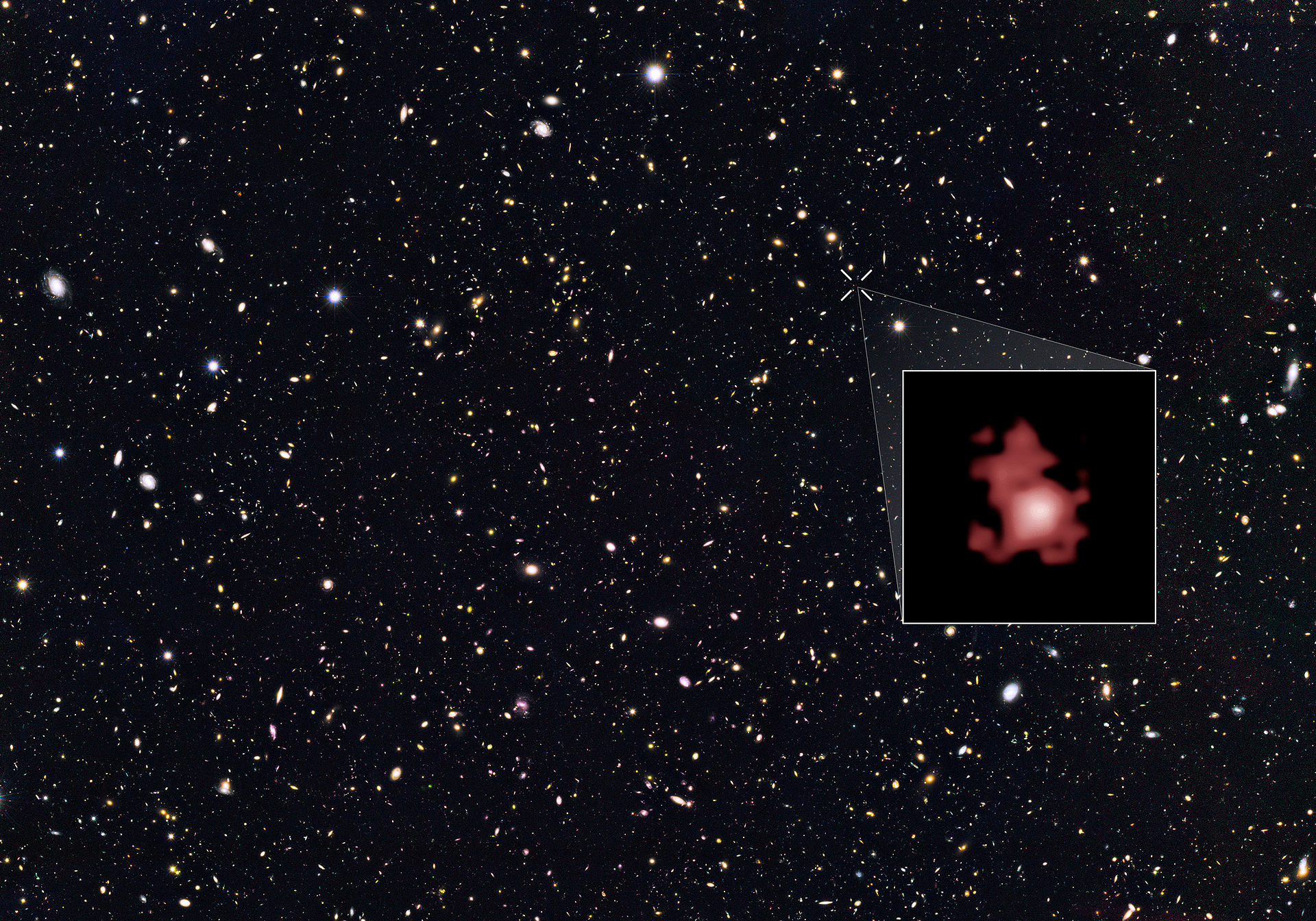 Astronomers have peered out into the vast expanse and spotted what they think is the farthest (and oldest) galaxy ever observed.

The galaxy GN-z11 might not have a flashy name, but it appears to be the most distant and oldest galaxy ever detected, scientists have found. Astronomers led by Nobunari Kashikawa, a professor in the department of astronomy at the University of Tokyo, embarked on a mission to find the universe’s most distant observable galaxy, to learn more about how it formed and when.

“From previous studies, the galaxy GN-z11 seems to be the farthest detectable galaxy from us, at 13.4 billion light-years, or 134 nonillion kilometers (that’s 134 followed by 30 zeros),” Kashikawa said in a statement. “But measuring and verifying such a distance is not an easy task.”

Images: Peering Back to the Big Bang & Early Universe

To determine how far GN-z11 is from us here on planet Earth, Kashikawa’s team studied the galaxy’s redshift — how much its light has stretched out, or shifted toward the red end of the spectrum. In general, the farther away a cosmic object is from us on Earth, the more redshifted its light will be.

By studying these signatures closely, the team was able to figure out how far the light coming from GN-z11 must have traveled to get to us, giving them the tools to estimate its overall distance from Earth.

“We looked at ultraviolet light specifically, as that is the area of the electromagnetic spectrum we expected to find the redshifted chemical signatures,” Kashikawa said. “The Hubble Space Telescope detected the signature multiple times in the spectrum of GN-z11.”

“However,” he added, “even the Hubble cannot resolve ultraviolet emission lines to the degree we needed. So we turned to a more up-to-date ground-based spectrograph, an instrument to measure emission lines, called MOSFIRE, which is mounted to the Keck I telescope in Hawaii.”

Using MOSFIRE, the team was able to observe and study the emission lines coming from the galaxy in detail. If other observations confirm the new findings, GN-z11 would officially reign as the most distant galaxy ever seen.

The new study was published Dec. 14 in the journal Nature Astronomy.