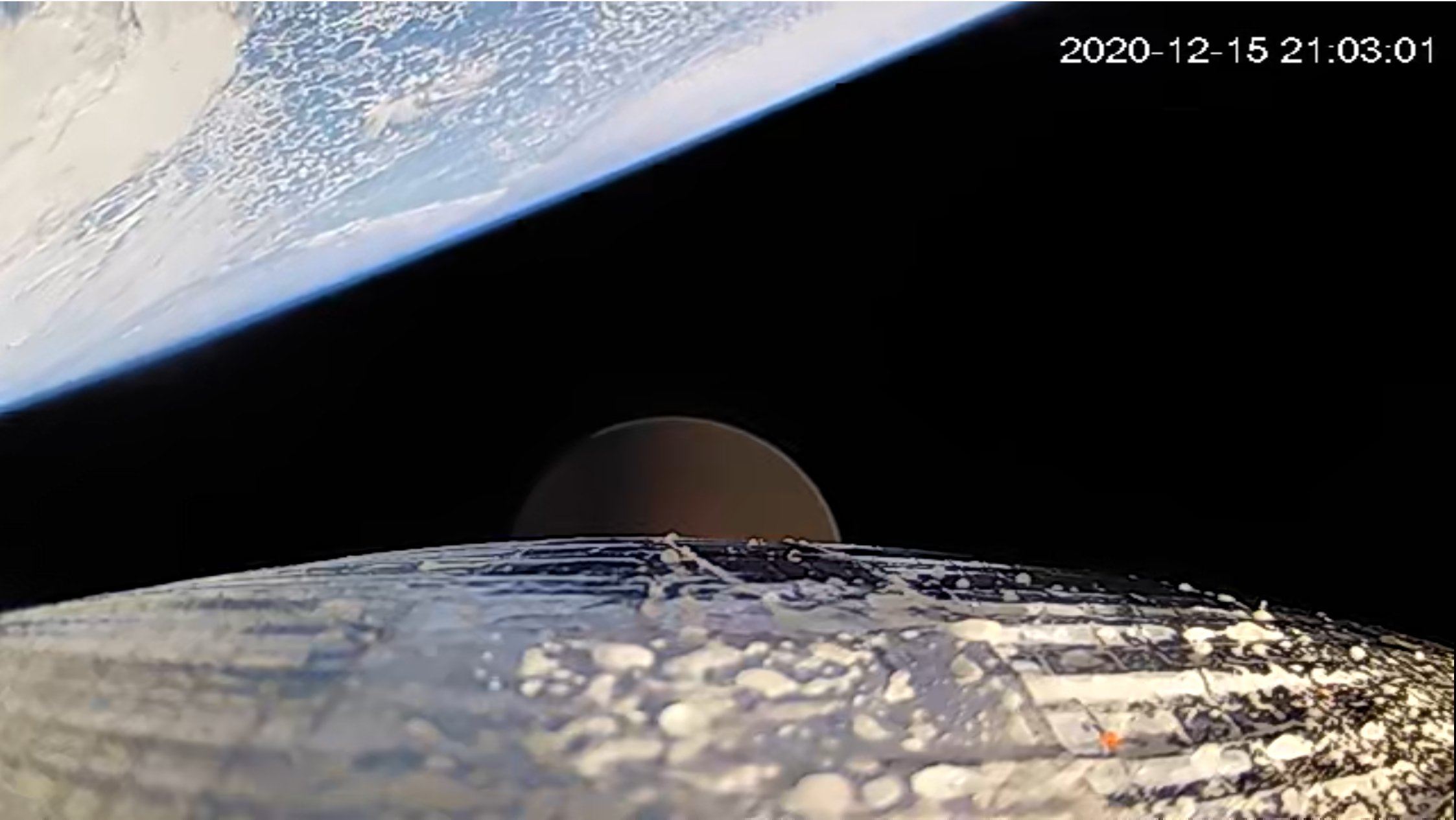 The 38-foot-tall (12 meters) Rocket 3.2 notched a series of important milestones, powering through its first-stage engine burn and successfully separating its upper stage, Astra representatives said via Twitter during the flight.

Related: The history of rockets

And that’s not all: Rocket 3.2 managed to soar beyond the 62-mile-high (100 kilometers) Earth-space boundary known as the Kármán line, after Hungarian-American physicist and engineer Theodore von Kármán, Astra said via Twitter. (This isn’t the only recognized boundary between Earth and space; NASA and the U.S. Air Force award astronaut wings to anyone who gets at least 50 miles, or 80 km, up.)

It’s unclear at the moment exactly how high Rocket 3.2 got on this test flight, which did not carry any payloads, or whether the booster achieved orbit. This story will be updated when Astra provides those details.

Astra, which is based in the Bay Area, is developing rockets designed to give small spacecraft dedicated rides to orbit. Another California company, Rocket Lab, already provides this service, but Astra plans to carve out its own niche with its line of flexible and low-price boosters. (Big rockets such as SpaceX’s Falcon 9 also commonly carry small satellites as secondary payloads. But such rideshare missions are tailored to the needs of the big primary payloads, so the smaller tagalongs generally must make do with less precise orbital deliveries.)

“What we’re trying to do is build a service that has a lower cost to operate, and a lower cost to provide the launch service,” Astra CEO Chris Kemp said during a teleconference with reporters this past July.

“That involves a much cheaper rocket, a highly automated factory, a highly automated launch operation and, really, just a real focus on efficiency and removing costs from every aspect of the service so that we can achieve scale and ultimately drive costs down through economies of scale and production,” Kemp said.

Astra hopes to be fully up and running by next year; the company is currently offering launch services starting in 2021 and 2022. And Astra already has some customers lined up. For example, NASA recently awarded Astra $3.9 million to launch small satellites to Earth orbit.

Today’s test flight was an important step along that envisioned path.

Astra’s first orbital launch attempt, with a booster known as Rocket 3.1, occurred this past September. Rocket 3.1 got off the ground well but experienced a guidance issue during its first-stage engine burn, prompting Astra to terminate the flight about 30 seconds after liftoff for safety reasons.

Astra soon traced the problem to an apparent software issue in Rocket 3.1’s guidance and navigation system, expressing confidence that the company would be back on the pad again soon. And that did indeed come to pass; Rocket 3.2 lifted off just three months after its predecessor’s short flight.

Astra was not counting on Rocket 3.1 or Rocket 3.2 to be completely successful. Company representatives have said that they expect it will take three attempts to reach orbit.