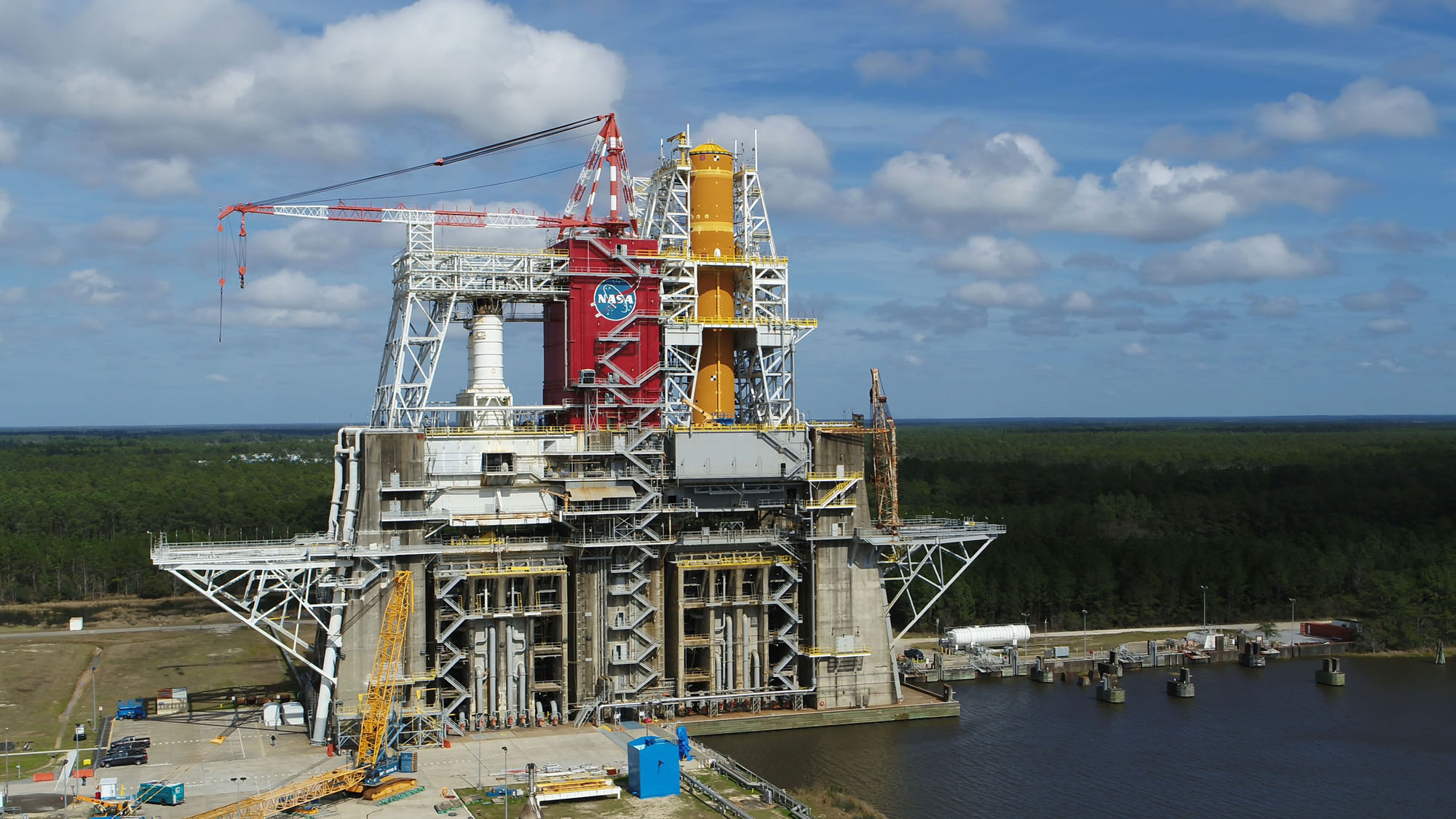 NASA powered up the core stage of its new Space Launch System on Saturday (Dec. 5), kicking off the penultimate “green run” test of its next-generation megarocket, according to agency officials.

For this “wet dress” rehearsal exercise, engineers at NASA’s Stennis Space Center in Mississippi loaded up the Space Launch System (SLS) rocket’s core stage with propellant for the first time, a process that began Monday (Dec. 7) and was expected to last about 48 hours, NASA officials wrote in a blog post.

Before this wet dress rehearsal, NASA had already put the 212-foot-tall (65 meters) core stage  through six green run tests. These trials will cumulatively verify whether or not the SLS core stage, built by Boeing, is ready to safely bring a crew into space as part of its Artemis program. This behemoth space vehicle is designed to return humans to the lunar surface by 2024, with potential implications for human travel farther into deep space.

The core stage has undergone its important trials at the B-2 Test Stand at NASA’s Stennis Space Center, located near Bay St. Louis, since it was installed there on Jan. 22. In this current chapter of the eight-part test series, engineers are loading more than 700,000 gallons (2.6 million liters) of cryogenic, or supercooled propellant made up of liquid hydrogen and oxygen. This makes it the first time the SLS core stage will be fully loaded with propellants, so engineers were closely monitoring for signs of leaks or other issues while filling up the tank.

“To test propellant loading procedures, engineers successfully loaded a small amount of liquid hydrogen into the core stage without any issues. Then, they paused propellant loading to review data and adjust procedures before loading additional propellant,” NASA officials wrote Monday (Dec. 7) in a blog post.

“Operations are continuing, and the team will refine the procedures and resume the wet dress rehearsal test in the coming days. The core stage performed well, and there are no issues with the stage, the B-2 test stand, or other facilities at Stennis.”

An update on Green Run testing: The #NASASLS core stage has been powered up as part of the seventh test of the series. Engineers are reviewing data and refining procedures before resuming the wet dress rehearsal test. MORE on @NASA’s #Artemis blog: https://t.co/PTaxAadPXO pic.twitter.com/a2D8no6IWXDecember 8, 2020

The core stage is designed to provide more than 2 million pounds of thrust, and NASA will use this particular core stage to help launch Artemis 1, the first test flight of NASA’s Artemis program that will send an uncrewed Orion capsule on a trip around the moon. Artemis 1 is currently scheduled to launch in late 2021.

“To prepare for Artemis launches, engineers also will put the stage through scenarios it might experience on the pad before lift-off … this provides an opportunity to observe how the stage would respond if the countdown was paused during the upcoming hot fire test or a future Artemis launch,” NASA officials said in an earlier blog post.

Just like the protocol of a scrubbed launch, all the propellant will be drained from the core’s tanks after this test, NASA officials wrote.

If the data confirms that all went well during this wet dress rehearsal, the team will proceed with plans for the final event in the series, the hot fire test.